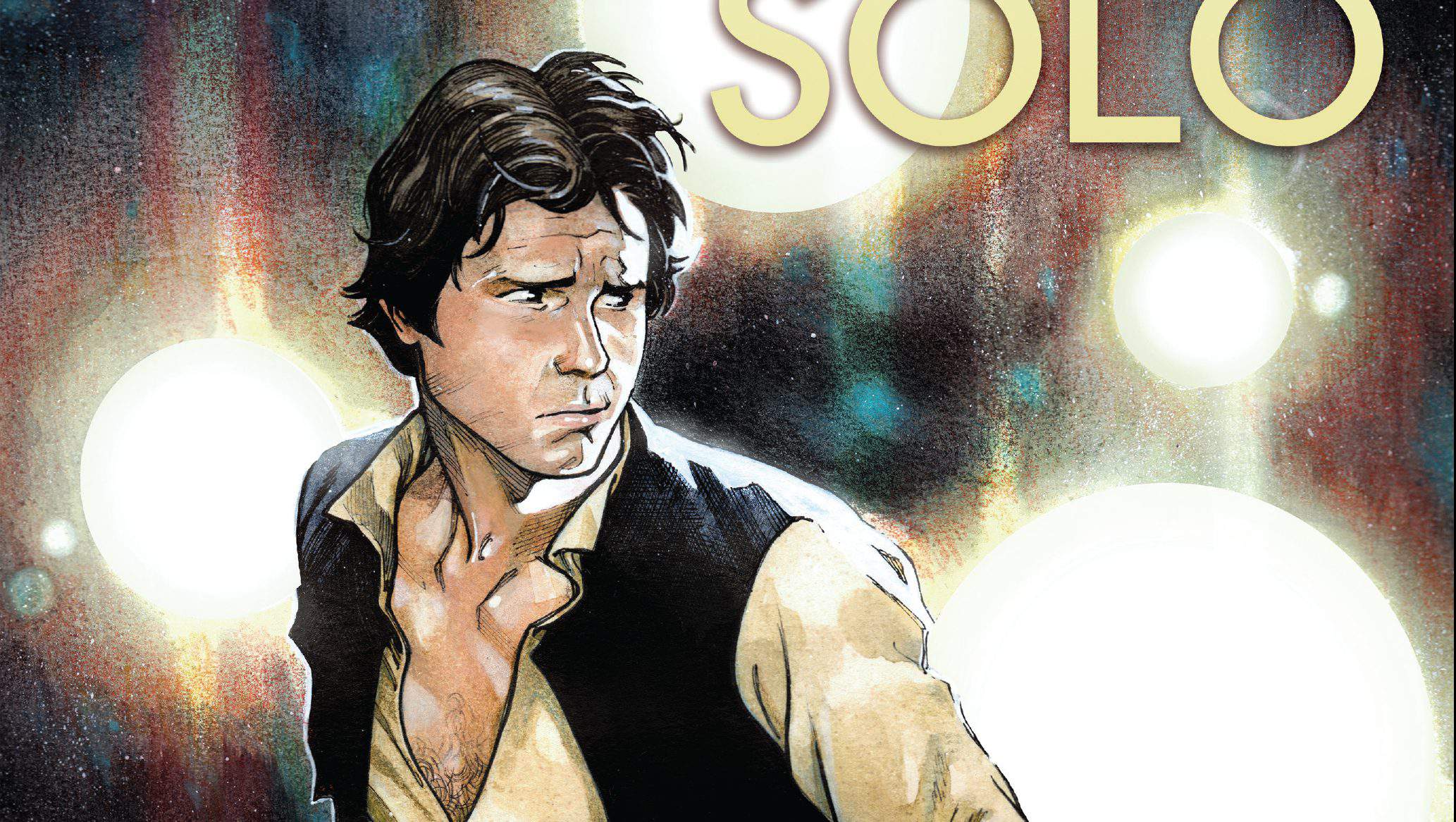 It’s been no secret how much I love the Han Solo comic. Issues 1-3 have been perfect in almost every way. The art is beautiful and Marjorie Liu understands just who Han is. It’s a lot to live up to, and with this being the second to last issue, the adventure is coming to an end soon. So does the latest issue deliver like the last three? To an extent, yes, but it’s just not as compelling as the previous issues.

Han and Chewy continue their mission from Princess Leia to rescue rebel informants placed throughout the galaxy. Leia and the Rebels believe there is a traitor in the informant’s ranks and are leaking sensitive information to the Empire. Using the galaxy’s most notorious race, The Dragon Void Run, as cover to find the traitor. The last issue ended with a cliffhanger and revealed an informant to be someone from Han’s past. A new tiger-like creature named Dorae, who isn’t very happy to see him. Slowly throughout the issue, all of the informants find their way to the Falcon. No one is safe and everyone is a suspect.

This may be getting old, but my god does Liu love and understand Han. He’s charming, funny, an incredible pilot, and most importantly a reluctant hero. This is what Liu does the best in this issue. On the surface he’s the cocky scuffy looking nerf herder we all love, but dig deeper and theres something heroic there. There’s this inner struggle between him wanting to save his own skin, and be the hero we all know he is. It’s beautifully done and leaves a huge smile on my face.

I’ve also grown quite fond of some of these new characters introduced in this series. Loo Re Anno in particular is a calming presence to Han and is sort of a mentor to his character. She has a mystical, almost Jedi quality to her and is what Han needs. Dorae on the other hand is the exact opposite. She is incredibly similar to Han. Hot headed, quick witted, but underneath it all, lovable at heart. This issue in particular pulls away some layers to her and really makes her  a more sympathetic character.

Let’s get to my main problem with this issue. It’s so slow and while there is some development in the story, it feels very contained. It doesn’t have the same sense of adventure and brisk pace that the last three had. In those issues,there was a lot of action and it felt like a quick read. This issue on the other hand was contained to the Falcon for a majority of the time. I don’t really mind having a story like that, but there really wasn’t any suspense until the very last panel.

Overall this issue was just good. It isn’t nearly as great as the others, but you can’t expect them to be perfect every issue. The conclusion to this series has a lot of potential and I’m excited to see how it ends.

Han Solo #4 is a solid issue in the series. The characterization of Han stays on point and has plenty of great characters to make it worth the read. Its slow pace and confined story really set it back from the others in the series, but set up an exciting conclusion.