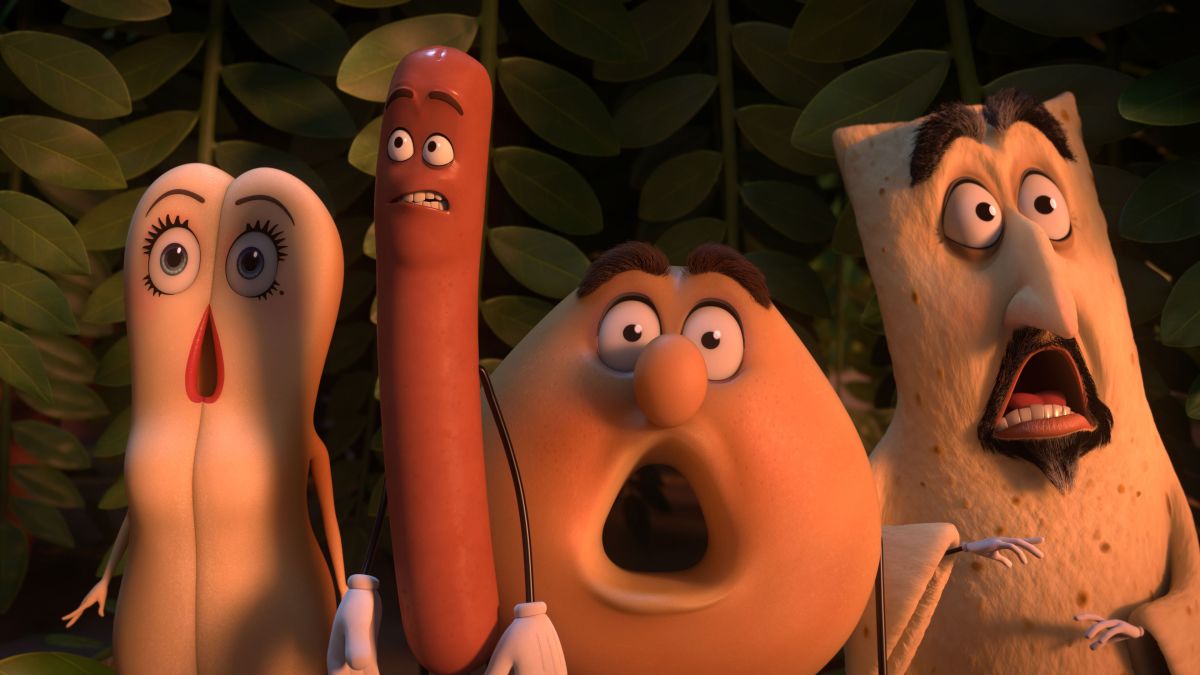 Animators on the hit adult natured animated movie Sausage Party claim that over half of the animating team aren’t credited and some were demanded to work for free. In the comments section of an interview with directors Conrad Vernon and Greg Tiernan over at CartoonBrew (via a rather uncensored Dorkly article), animators have anonymously commented about the terrible working conditions at production company Nitrogen Studios.

One uncredited animator commented on the harsh and unethical environment:

“The production cost were kept low because Greg would demand people work overtime for free. If you wouldn’t work late for free your work would be assigned to someone who would stay late or come in on the weekend. Some artist were even threatened with termination for not staying late to hit a deadline.

“The animation department signed a petition for better treatment and paid overtime. When the letter got to Annapurna they stepped in and saw that artist were payed and fed when overtime was needed.

“Over 30 animators left during the coarse of the production due to the stress and expectations. Most of them left before the paid overtime was implemented. This was met with animosity and was taken as a personal insult to the owners. Their names were omitted from the final credits despite working for over a year on this film.”

Another uncredited animator mentioned how the film’s credits are missing 33 animators.

“Almost half the animation team was not credited. The team believed in this film and poured their hearts and souls into it. Despite this, more than half of it was not credited. You can see the full team on IMDB, which contains 83 people (and I am certain there are some missing). The film’s credits, however, contains 47.”

Every animator that went uncredited touched upon how the directors of Sausage Party and Nitrogen Studios were threatening towards them and others, despite being incredibly passionate about the project. One comment read:

“Working with Greg and the Nitrogen production was a nightmare for any artist, we believed in that project and stayed despite that fact.

“I personally know & witnessed many other incidents during the production; such as an “Open Letter” to the clients, and how Greg threatened artists for it.”

The discussion has also begun to spread across various forums, as this story continues to make the rounds. An animator posted on NeoGAF stating staff were fired during production and there was significant tension between both directors:

“They fired the CG Supervisor mid production (one of many supervisors who got fired during the show) because he would say “we can’t do this in budget” to Greg and Conrad’s ideas. Which by the way both were the worst directors I worked with and had zero direction or vision. Their idea of directing was “lets throw shit at a wall until one sticks” so you would waste a ton of work until it gets approved and sometimes that would get unapproved in the future because they were in a bad mood.

“There was always this weird rivalry between the directors. Mostly with Greg because while Conrad was a co-director on a bunch of DW movies all Greg has under his name is the Thomas the Train episodes nitrogen did and he felt like he had to prove he is the top dog. He would get SUPER mad when he walks into dailies and finds animators talking to Conrad before he is in the room. He actually fired an animation supervisor over this.”

Despite all of this information sounding very credible, the issue with anonymous comments on the internet is that anybody can write them. Of course these animators would not want to go on record in fear of scorning future employment prospects, but that in turn makes it difficult to validate what they are saying. A Pixar artist did point to the comments section of the CartoonBrew article and reviews of Nitrogen Studios aren’t exactly gleaming either. With that in mind though, it is still hearsay until anything is officially said.