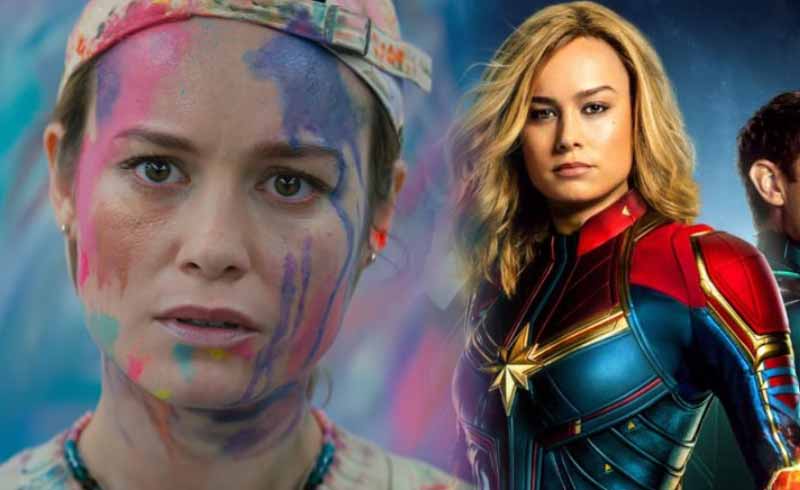 Captain Marvel was no doubt a huge hit for Marvel Studios, and the movie’s worldwide gross is expected to get past a billion soon. Interestingly enough, Netflix has chosen to start marketing the film Unicorn Store which is the directorial debut for Larson, but some guy on Twitter thinks she didn’t deserve to get her project made. Too bad for him, Netflix has decided to school him on why Larson deserves all the credit. 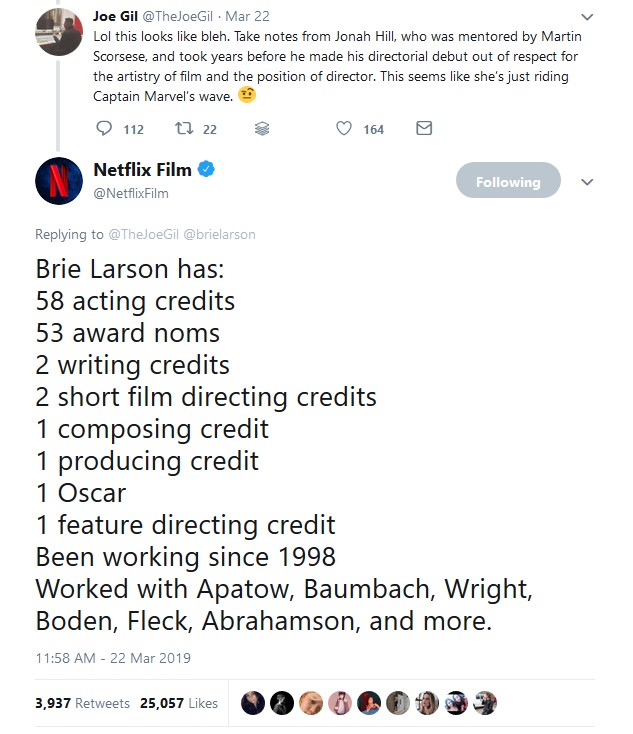 Admittedly, I’m not expecting the movie to completely blow me away, but it is impressive that Larson would try her hand at being in the director’s chair for once. Whereas actors like Jordan Peele and John Krasinski get nothing but praise for helming their films, why does Larson get shamed for “riding Captain Marvel’s wave.”?

If I’m being honest, I’m not the biggest fan of Captain Marvel, but if the movie is able to make little girls feel like they can be superheroes themselves, then I think the movie would have done its job. Hopefully moving forward, Marvel Studios gives Carol Danvers a film where she actually has a more significant emotional arc. I wouldn’t expect anything less from the hero that could be the face of the MCU moving forward.