Get ready, Guardians of the Galaxy fans.

That’s the message from the most recent tease for the world trailer premiere of the next movie in the Marvel Cinematic Universe, Guardians of the Galaxy: Vol. 2

. It seems that Marvel has confirmed the rumors that were circulating that the premiere would be during Jimmy Kimmel Live on Tuesday. Chris Pratt is set to be a guest on the show on Tuesday night and should have the new trailer in hand. See the tease below.

Marvel’s Guardians of the Galaxy: Vol. 2 continues the team’s adventures as they traverse the outer reaches of the cosmos. The Guardians must fight to keep their newfound family together as they unravel the mysteries of Peter Quill’s true parentage. Old foes become new allies and fan-favorite characters from the classic comics will come to our heroes’ aid as the Marvel cinematic universe continues to expand.

Guardians of the Galaxy is not the first Marvel movie to drop a trailer on Jimmy Kimmel Live. Captain American: Civil War and Doctor Strange also debuted their first trailers on the show. Furthermore, given that ABC is owned by Disney, we can hope to see more MCU trailers like this. Since Marvel has been mysteriously mum on the plot hopefully the trailer will have a bit more footage of the movie, and we’ll get to see Kurt Russell and Sylvester Stallone’s characters. But if the teaser is any indication, we’ll still get lots of the giggle-worthy humor the first Guardians of the Galaxy movie capitalized on. 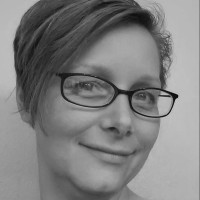 Beckie Grunewald is a features writer at GeekFeed. She has written for Amazon, managed technical writing at several firms, and has worked as an editor for numerous publications.