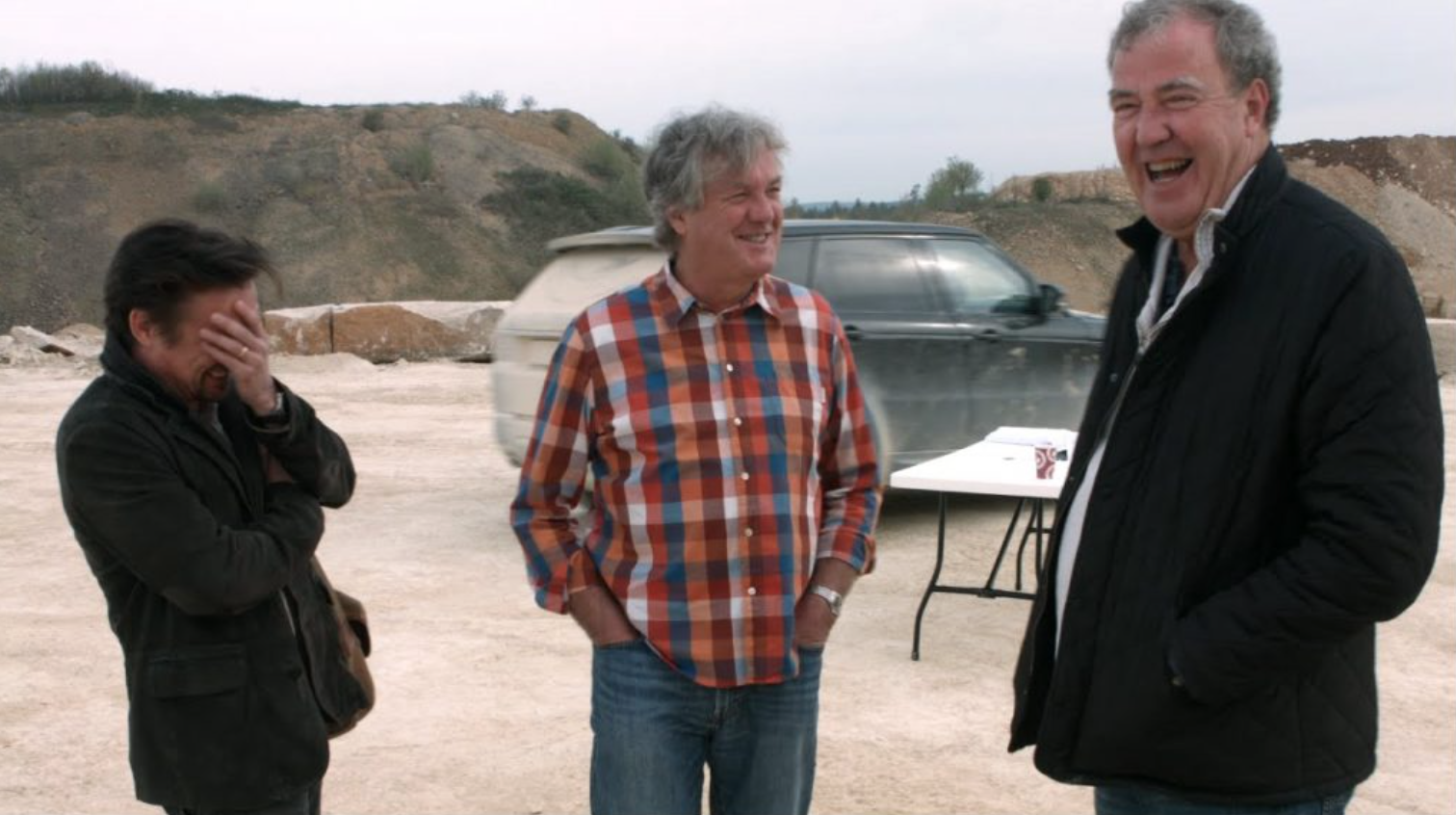 The level of anticipation for The Grand Tour‘s debut was quite astonishing. Forget the drama of HBO‘s Game of Thrones or WestWorld, true hype for television can only be generated by three grown men mucking about in cars. Despite the excitement and reported budget behind it, the first episode was actually rather safe. Jeremy Clarkson, Richard Hammond and James May know what they do well, and so they went ahead and bloody well did it. Unfortunately, they chose to do the complete opposite for episode two.

Our hosts’ traveling tent is based just outside Johannesburg in South Africa, but the main bulk of ‘Operation Desert Stumble’ takes place in Jordan – and stumble it does. Making up the majority of the running time is an entirely scripted and poorly staged SAS-style military training exercise at the King Abdullah II Special Operations Training Centre in which the trio appear to shoot down terrorists and rescue the Queen of England. While there’s a blatant degree of self-awareness surrounding the fact that the film harbours almost no relevance to motoring whatsoever, it doesn’t make any more enjoyable to watch. On this form, Clarkson, Hammond and May would appear better suited to starring roles in an Adam Sandler comedy flick. It was a sequence completely unlike anything we’ve seen on Top Gear, and with good reason.

Amazon is said to have taken a rather hands-off approach to The Grand Tour, allowing the presenters and producer Andy Wilman the chance to spend the budget as they see fit. The antics in Jordan feature plenty of expensive looking equipment and explosions, but it makes for a dull and tedious viewing experience. Clarkson has defended the episode by insisting it was made for fans of Top Gear who don’t necessarily watch it for the cars, but it’s difficult to imagine anyone enjoying what they serve up here. When an entire stretch of the show is dedicated to what is essentially a comedy sketch, you need more than one or two chuckles to justify its inclusion.

The American – a NASCAR driver filling the void of The Stig – is back again and fails to make much of an impression, ditto the second appearance of a bizarre skit in which the week’s celebrity guest (purportedly Charlize Theron this time round) is killed off. Much as was the case with their American audience, much of the banter in the studio tent feels awkward and forced. It’s when the trio are out making the car-centric films that their sense of humour shines through best, but episode two has none of it. Those hoping that The Grand Tour title would make for some excellent road trips will have to wait to see what the first season serves up in future weeks, because so far all it seems to represent is a different location for the tent.

Fortunately it’s not all bad news, and the episode actually gets off to an excellent start. Clarkson is in his absolute element test driving the Aston Martin Vulcan and May delivers a genuinely interesting package about Johannesburg drag racers, generating smoke by performing stylish doughnuts set to the most brilliantly un-May rap music you could imagine. Both films, and the one in Jordan, in fairness, are also exquisitely shot. In the tent, Conversation Street, which is The Grand Tour‘s take on Top Gear’s discussion of the latest automobile news, is granted more time than last time out and feels like a more fleshed out fixture of the show as a result.

It’s not all bad, but The Grand Tour’s second episode is mainly fuelled by a misguided comedy sketch that’s as dull as it is unfunny. Fans will hope it’s a single bump in the road rather than a sign that their new favourite show is on a highway to hell.