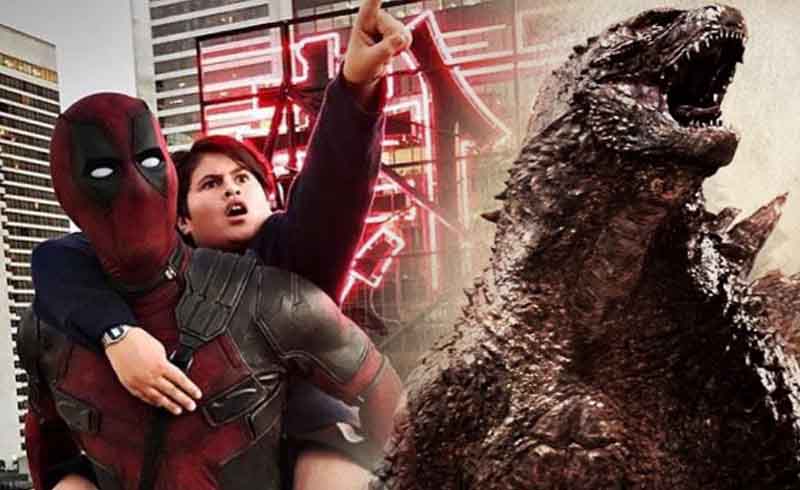 Julian Dennison is currently blowing up in theaters right now as Firefist in Deadpool 2.

But that’s not the only project he’s working on. The New Zealand actor’s already signed off on another big budget blockbuster set to come out in 2020.

As per That Hashtag Show, Dennison has been cast in the Godzilla vs. Kong movie, the penultimate crossover between giant Kaiju Godzilla and King Kong. Dennison is joining a cast that includes Millie Bobby Brown (Stranger Things) and Kyle Chandler. Charles Dance (Game of Thrones) is also in the movie as some kind of terrorist who collects Kaiju material. He’s a lot like Ron Perlman’s Hannibal Chau from Pacific Rim.

Besides Dennison, rumor also has it that the studio courted Frances McDormand for a role. However, she is yet to accept. Though McDormand is notorious for being in the more subtle Coen Brothers’ movies, she’s also no stranger to starring in big budget flicks.

After criticizs hounded the the 2014 Godzilla for not having enough Godzilla, next year’s Godzilla: King of Monsters promises to pit Godzilla against the likes of Mothra, Rodan, and King Ghidorah. I don’t know how a clash with King Kong would be bigger than that, but hopefully Legendary has it all planned out.

Godzilla: King of Monsters comes out May 31, 2019, and you can catch Godzilla vs. Kong out in 2020. Dennison is currently starring in Deadpool 2 which is now out in theaters.