As an apologist for Gareth Edwards’ Godzilla movie, the first half hour of which is one of the best blockbuster segments in recent memory, the prospect of the further adventures of Godzilla is a welcome one. True, it was hardly the behemoth Warner Bros. and Legendary wanted, and a lot were peeved by the slow-burn Jaws approach of showing very little of the scaly fire breather, until the Manhattan showdown. However the $529m earned at the global box-office is hardly chump change, and a follow-up was green-lit.

Edwards is busy launching the Star Wars extended universe with Rogue One, and has subsequently departed the project, leaving Trick ‘r Treat and Krampus director Michael Dougherty to orchestrate the monster mash. Much like Edwards, he has a track record of well-received low budget monster movies, so he seems like a solid choice to develop the franchise further.

Eager to make the most of the groundswell being built by the Kong: Skull Island marketing material, a property that will eventually collide with Godzilla in a shared universe, future ‘versus’ movie, Legendary has now given the sequel a title, and it’s one befitting of the giant lizard, for it will be called Godzilla: King of the Monsters.

It’s a title which has already been used a couple of times in the history of the character. There was a 1956 rubber suit feature, followed by a 1998 TV documentary in which Roland Emmerich was a contributor, just before his own horrific attempt at launching the Toho Studio character in the West stunk out the multiplexes.

The poster hints at a clash with series favourite and perennial headlight botherer, Mothra, and an improvement in the development of the human characters (Cranston aside) is a must, but we’ll have to wait until 22nd March 2019 to find out. 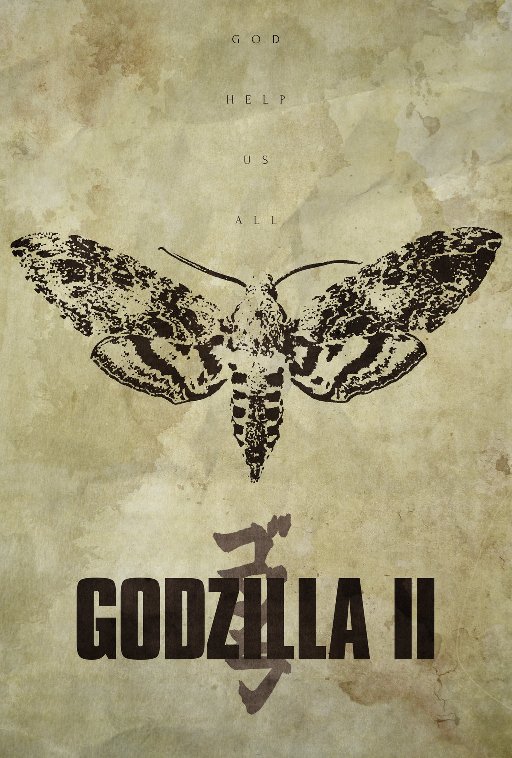