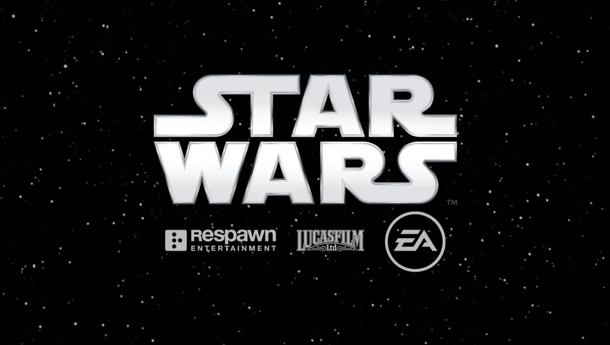 Stig Asmussen, who led the development of God of War 3, has announced his team at Respawn will be developing a new Star Wars game in conjunction with EA. Those numbers tumbling in your head are correct, EA is making very good use of the license with multiple Star Wars titles currently in development. Former Uncharted creative director Amy Hennig is up to God knows what with her game at Visceral, DICE is still churning out content for Star Wars: Battlefront and now this!

It has no title, no premise, and details are incredibly sparse. What has been revealed is that it will be a third-person action-adventure game set in the iconic universe. According to Asmussen’s blog post on the developer’s website, the still small but growing team, while ecstatic, recognizes the task ahead of them won’t be all fun and games.

“We promise to pay respect to the Star Wars legacy at all times, a fact that will be constantly reinforced and honored as a central game design tenet. Fans should expect the exemplary level of quality first established at Respawn with Titanfall, a game that epitomizes our studio’s dedication to slick, larger-than-life action and fun, groundbreaking mechanics.”

The announcement was also shared on the EA blog, where Executive VP to EA Studios Patrick Söderlund shared his enthused thoughts.

“Over the past few years, I’ve had the opportunity to spend a lot of time with Vince Zampella and his group. Their obsession with making games that feel amazing has helped make Titanfall one of the most successful new game launches of this generation. And now, with a new team led by Stig Asmussen, we get to see what they can do when you combine that great attention to gameplay with the power of Star Wars.”

Again, details are scarce and will likely remain so for quite a while. As stated above, the new team is small and both blog posts make mention of their hiring for all positions. Fans have a long wait ahead of them before any concrete information is revealed. At least Rogue One will release later this year to quench any and all thirsts for more excitement in the galaxy far, far away.