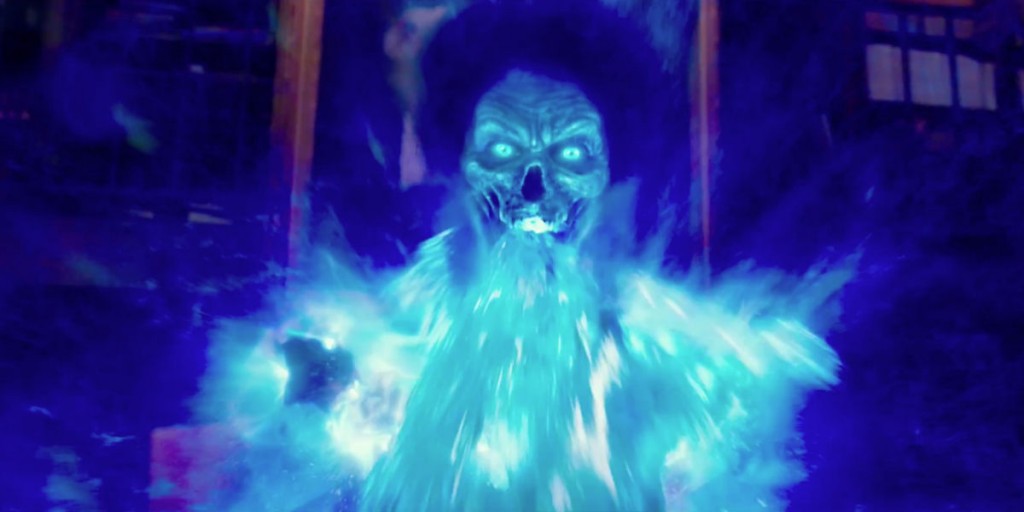 With a month left to go until the new Ghostbusters release date, Columbia Pictures has made a pretty odd choice in its new TV spots for the film. Be warned, one contains a pretty massive spoiler, which is what has us scratching our heads. If you don’t want to know, look no further.

And then the coup de grâce…

Say whaaat? As if crotchety fanboys didn’t have enough to cry about. The iconography of the Stay Puft Marshmallow Man resides in some of the deepest sacred Ghostbusters waters so this is a pretty bold move putting him in the film, not to mention showcasing his presence in a TV spot. To be honest, it’s not that big of a deal. If you’re okay with the new film itself, then seeing this lovable guy may actually just seal the nostalgic deal for you. Then again, if you’re one of those who is dreading having your childhood ruined, then this may be the nail in your metaphoric coffin. That is, if you were even alive when the original came out.

By that same token, it’s strangely refreshing to see Slimer back in action, looking just as he did when we last saw him. In fact, there is a lot to appreciate on that front. So much about this film looks like the original, it definitely deserves a fair shot.

The new Ghostbusters has been at the center of a churning world of hatred and ridicule, which is strange considering anyone who didn’t work on the film hasn’t actually seen it yet. Despite having original cast members like Dan Aykroyd and Bill Murray sing its praises, there is a very vocal group out there that have slammed the film since its all-female lead cast was announced. But any publicity is good publicity. The film has generated such a buzz as a result of the controversy, it’s likely to have a huge opening weekend when it hits theaters July 15.