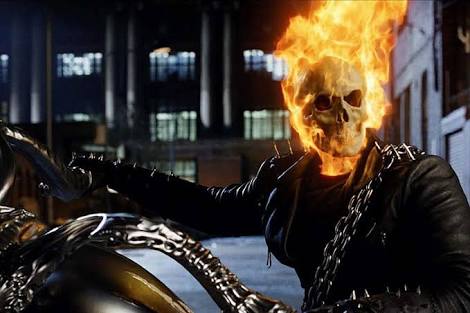 The most recent movie adaptations of Marvel’s Ghost Rider isn’t necessarily considered one of the better comic book to film translations out there. In fact, some have dubbed the second movie, Ghost Rider: Spirit of Vengeance, as the worst one. The sequel was not only critically panned, holding a 17% on Rotten Tomatoes and winning the Razzie for worst remake, rip-off or sequel and worst actor, but it also did horribly in the box-office.  It failed to recoup its $55 million budget in US sales, earning only $51.8 million.

Almost two decades since Spirit of Vengeance’s premiere director, Brian Taylor, has recently spoken up about the flop that he created. In an interview with Flickering Myth to promote his new movie “Mom and Dad,” Taylor revealed his regret with Ghost Rider. According to the director, he wanted to push for an R-rating so he could give the source material justice. Unfortunately, the script has gone through so many revisions that it barely resembled the script he signed on to:

“I think that Ghost Rider should be a rated-R, horror character. The original script that David Goyer wrote for that movie, which was actually written almost a decade before the first Ghost Rider film, was a hardcore, rated-R horror script and it was awesome. Then, in the time between that and the second movie, the script had been rewritten literally 14 times or 16 times or something like that to the point where it was kind of a mess. It was also just a little too clean and a little too restrained.” explained Taylor.

Nevertheless, the director was happy about some aspects of the movie especially with how the visuals turned out:

“If we had had the opportunity to do the original, rated-R Goyer script, I think that movie would’ve been a classic. I think the cast was really good and I think we got a lot of things right. I think the design of the character was fantastic. The way we did Ghost Rider as a tar-bubbling, black, charred creature was absolutely the right take on Ghost Rider.”

In the same interview, Taylor also revealed his feelings about the newest interpretation of Ghost Rider on the small screen. The director laments how the character is treated in such a vanilla way. – far removed from how he is in the comic books:

“They’ve brought that character back on TV now and he looks like the clean, vanilla, G-rated character again. That version really has no interest for me, but I do think a scary, rated-R, horror superhero movie is an awesome thing that should be done and I wish that Ghost Rider: Spirit of Vengeance had been it.”

There hasn’t been any news regarding a third Ghost Rider movie. However, in 2013, Ghost Rider Nicolas Cage revealed that while he doesn’t know anything about a third movie to round-up the franchise, he is sure that he would no longer star in it:

“I’ve said what I have to say. I don’t want to say never…anything’s possible. But I doubt, highly, that I would be in a third installment of that.”