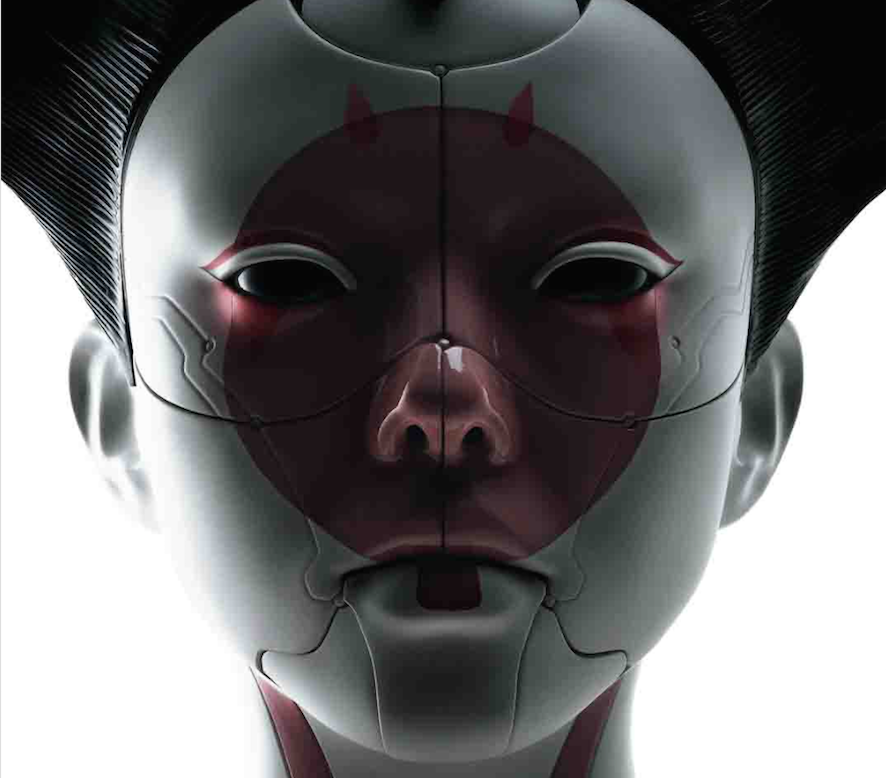 Let’s deal with the programming behind this live-action interpretation of the lauded 1995 Manga classic from the off; the whitewashing is addressed, whether that’s to your satisfaction or not is open to debate. It’s a narrative development integral to the plot of Rupert Sander’s Ghost in the Shell, but in no way is it the overriding reason that this stunning, and by that read STUNNING, human polemic fails to engage behind the retinas.

Major (Scarlet Johansson) is the first of her kind; a living human brain, and supposedly soul, here referred to as your ‘ghost’, existing in an advanced cyber-technology body. For those financing the operation, such as Cutter (Peter Ferdinando), Major is the perfect super soldier, bereft of memory, and with an ability to heal if plugged into the correct charge socket. Her doctor (Juliette Binoche) has a more humanitarian outlook, viewing Major as the first step in inevitable human evolution.

These conflicts come into play when the appearance of a mysterious techno anarchist (Michael Pitt) begins to have an effect on Major’s ones and zeros, and an existential odyssey begins, in which she questions the truth of her past and present life, all whilst taking down cyber criminals.

There comes a point in Ghost in the Shell in which you start to drown in the visuals; cityscapes that stretch to each corner of the screen, occupied by the kind of creative detail you wish they’d applied to the script. Sanders camera glides between hologram sporting high-rises, finding its target, the equally fawned over Johansson, or scurries around the danker corners of this near future, and its technologically advanced population. The scope of this vision is highly impressive, beautiful even.

The problem is that without any investment, and not caring about anything that goes on beneath this neon veneer, just staring at visual effects begins to have a numbing effect, and you can find yourself drifting into a waking coma. The viewer starts to reflect Major’s state of mind, experiencing an emotional disconnect from the world in which Ghost in the Shell is taking place. The problem for us is that she is on a mission to change this feeling of alienation, but as an audience we have no choice but to deal with our own apathy towards the film.

As the up-close-and-personal face of Major, Johansson has that whole insular action hero honed to perfection. You could probably trace it to Lost in Translation, which would make a great prequel to this, but most of her key roles in the past few years have been focused on personal discovery combined with kicking ass. It’s clear Marvel need to get their act together and sort out her solo Black Widow movie, if only to further the seemingly stagnant recycling of what’s essentially the same role. She’s great at it, but we need an evolution.

Intrinsically linked with that criticism is the whole po-faced nature of proceedings. The occasional joke wouldn’t go amiss. It used to be one of the staple ingredients of AI narratives, teaching the Terminator to high five, or Johnny 5 to dance. A little bit of levity goes a long way.

Like the movie’s iconic Geisha girl, whose mechanically arachnid movements are as arresting here as they were in the trailer, once you look beneath the surface level beauty of Ghost in the Shell, and turn down Clint Mansell’s indelible score, there’s not a lot there, and for a film about striving to find humanity, that’s an irredeemable flaw.