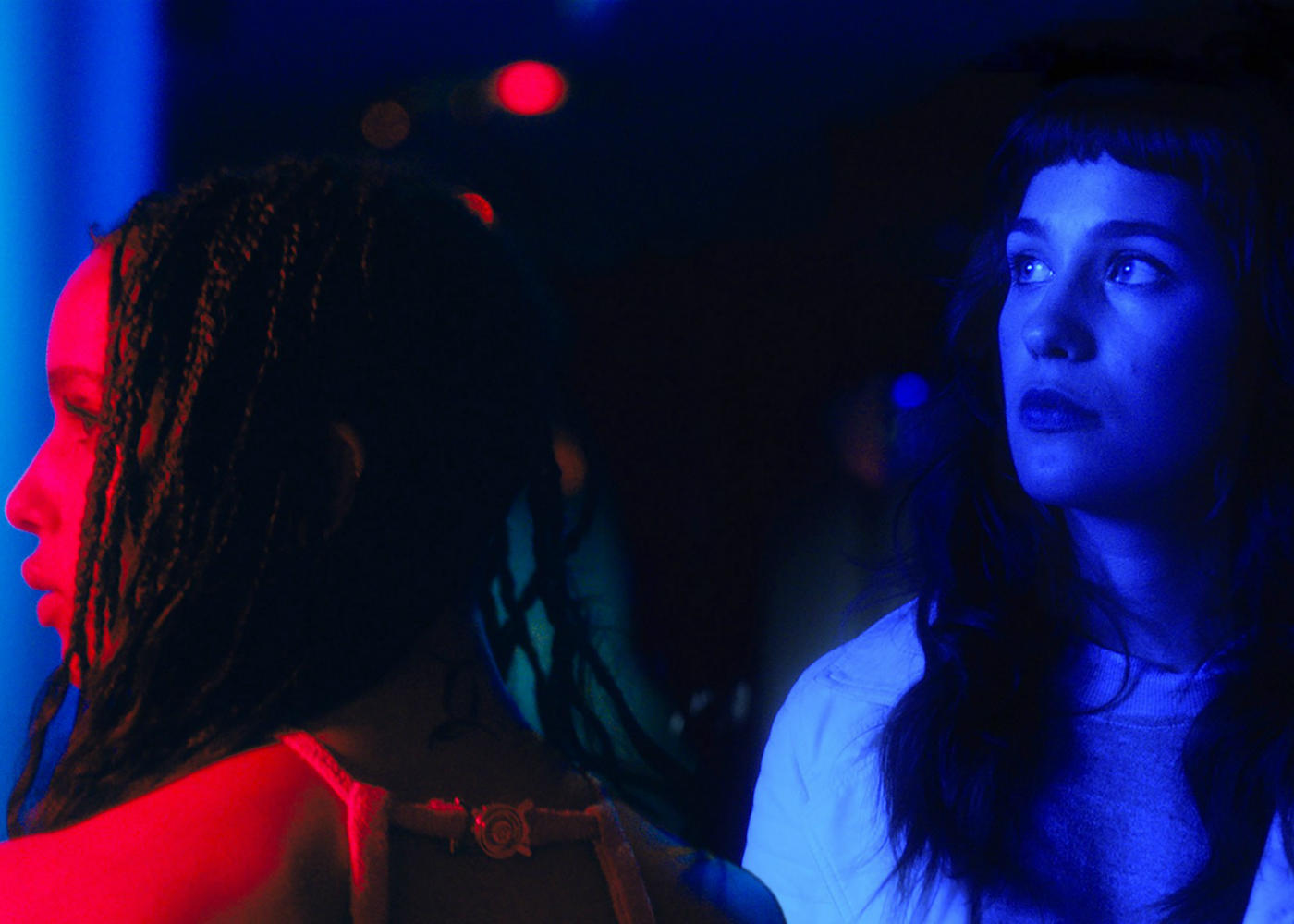 Aaron Katz is a director associated with the sub-genre of independent movies labelled mumblecore; a niche group of films in which naturalistic dialogue takes precedent, sometimes over the narrative, with the films focusing largely on young adults in their 20’s or 30’s. Gemini fits that description, but it is so much more. It’s a dreamy tale of style and content, rather than over it, setting a hypnotic, hallucinating mood canvas against which two central performances from Zoe Kravitz, and in particular Lola Kirke, play out seductively.

Jill (Lola Kirke) is the personal assistant to a perennially papped movie star, Heather (Zoe Kravitz), who over the course of a prologue manages to piss off everyone in her immediate vicinity by bailing on a potential film. It leads to heated telephone exchanges, intrusive questions from the press, and even threats to kill her. Seemingly this doesn’t matter to her, because she has a burgeoning secret romance, and her friendship with Jill, which seems like the only real connection, the only time her eyes come into focus, as she drifts through neon corridors and stares into the lens to take vacuous selfies with fans.

They spend an evening floating through the Los Angeles night, singing karaoke, making impromptu cocktails from the sparse ingredients in Jill’s fridge, and having that half-sleep mumble-chat that all best friends do at the end of a night out. And then morning comes, and an incident involving a gun, a coin collection, and numerous suspects, mean that Jill has to turn amateur sleuth in order to stay one step ahead of John Cho’s suspicious detective.

Gemini is one of those less-you-know-the-better gems that completely takes you by surprise. Its first thirty minutes is the hook, where we spend time with Jill and Heather. A friendship of looks and silences that feels so incredibly natural. The film hypnotises you with the way it languorously drifts through the night, allowing you to spend time in their company, at once feeling like a part of the group, whilst simultaneously giving you the sense that you’re intruding on something very personal. It’s a mood piece too, with so much left bubbling under the surface and unsaid, so it’s testament to the actors that you completely believe that they have an intense relationship.

That’s not to say that the superb electro score is there as a substitute for plot or dialogue, because the script does as much to endear you to the film as the way it’s shot.

Kirke, who was terrific in Noah Baumbach’s Mistress America, is great here. She’s painted as a character who’s economical with the things she says, even to Heather, which goes some way to explaining why she doesn’t just divulge information to the detectives rather than going on the run, which might be some people’s main criticism of the film. She’s smart and relatable in the way she unravels the mystery. More Nancy Drew than Sam Spade. Her interactions with Kravitz, who’s requisitely mysterious, hard-to-read, like a hazy memory, even when she’s present, are perfect to hang the plot on.

In a film about crime, it would be one to not mention the performance of Veep alumni, Nelson Franklin, as the filmmaker put out by Heather’s career crisis, he operates with a frank immediacy that’s absent from almost every other character. There is no tiptoeing around things with him, which is both hilarious and refreshing in a film which revels in the slow languid pace of its pan shots and LA skyline. It’s a shame that the same couldn’t be said about Star Trek‘s Cho, who draws the short straw with a character who promises intrigue, but is quickly side-tracked by stock detective dialogue and Lola Kirke’s driving force performance.

Whether you go with Gemini or not depends on your reaction to the key moment of the film, which won’t be spoiled here, and your subsequent interest in the unfolding mystery, that switches Katz’s movie from alluring character study to whodunit. If you do, then it’s a cracking neon-noir dream. Case Closed.