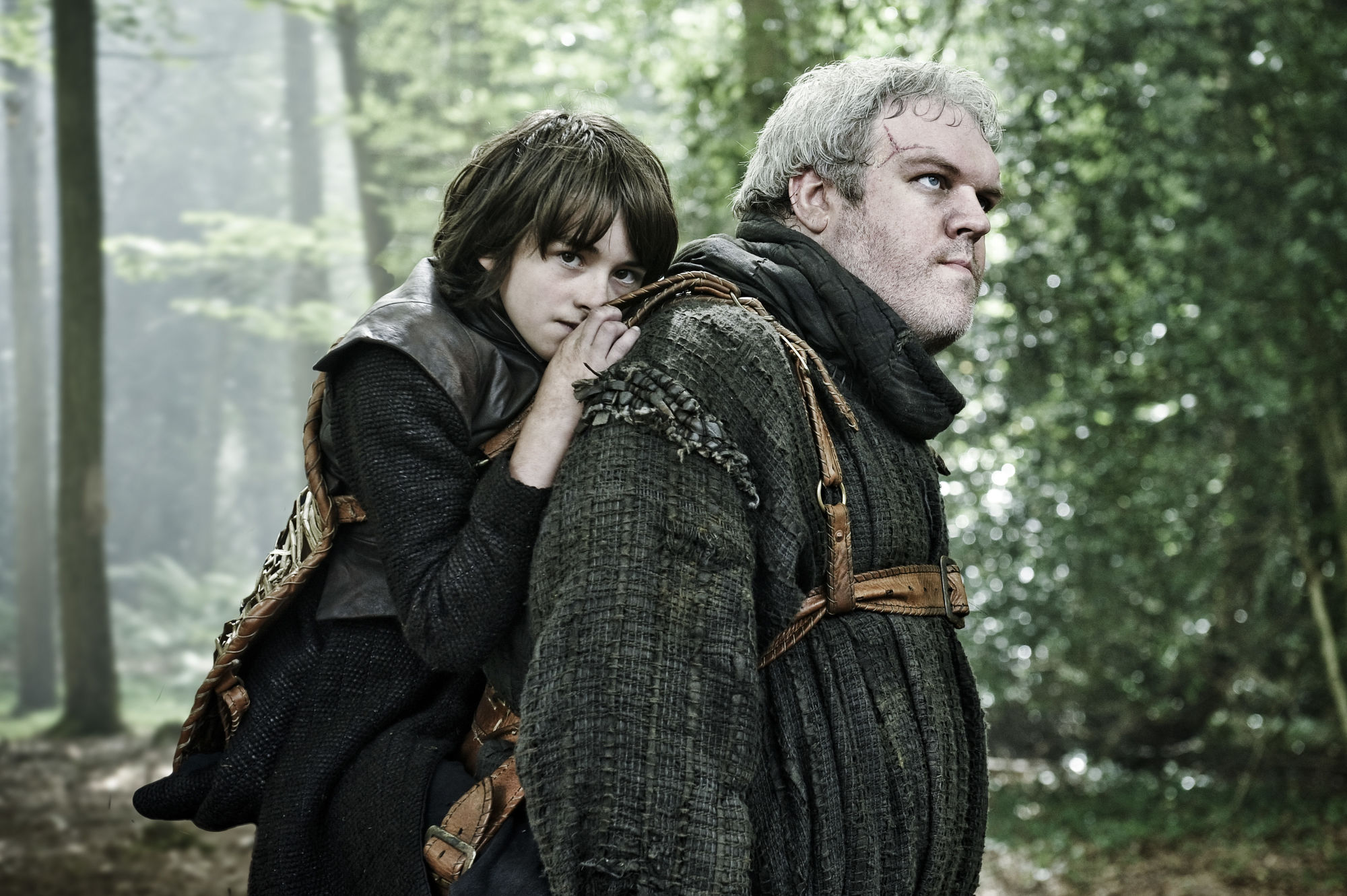 SPOILER ALERT: Major spoilers ahead for Game of Thrones Season 6, Episode 5. Look away now if you’re not up-to-date.

Game of Thrones fans were left heartbroken after last night’s episode saw the death of beloved character and icon, Hodor.

The moment was bittersweet, as it was only in Hodor’s last moments that we learnt the origin of his name, solving a mystery which has played on the minds of fans since Season 1. The shocking moment came as Hodor sacrificed himself to allow Meera and Bran to escape the White Walkers’ army.

When the White Walkers attacked, Bran remained within a vision of Winterfell. Meera’s voice carried into the vision, urging Bran to warg through Hodor. By attempting to warg through Hodor, Bran inadvertently created a bond between Hodor’s past self (Wylis), and the Hodor of the present.

Wylis was then able to hear Meera’s voice, as she shouted to Hodor to “hold the door.” This seems to have ruptured Hodor’s mind, causing him to experience a seizure and repeat Meera’s order of “hold the door,” until the words gradually became slurred into “hodor”.

Not only was the final scene of the episode emotional for fans, speaking to Entertainment Weekly, Game of Thrones showrunners Dan Weiss and David Benioff said that they too found the scene tough.

“He’s not somebody you think of as a main character, but he’s slowly, stealthily become an integral association with the show,” said Dan Weiss.

“‘Hodor’ is the one word you can say to somebody and immediately evoke the show or the books. And he’s just been quietly there in Bran’s storyline, being lovable with his delivering the hell out of many, many ‘Hodors.’ I think people will be surprised how hard it hits them emotionally. It’s always interesting when we do the death calls; the Hodor one was particularly tough.”

Isaac Hempstead-Wright, who portrays Bran Stark in the series seems to have been hit as hard as any fan by the tragedy of the death.

“It’s so sad! We learned Hodor really is this vulnerable soul, who had such potential to live a happy life,” he said. “First, through [Bran’s] selfish actions, going to the White Walker vision in the first place, I’ve screwed him over. He didn’t pick up that he should get out of the dream. And then Hodor sacrifices himself.”

“It encapsulates the Game of Thrones world — the nice guys who deserve looking after don’t always get it. It’s going to be mortifying when it airs. Bran would literally be nowhere without him.”