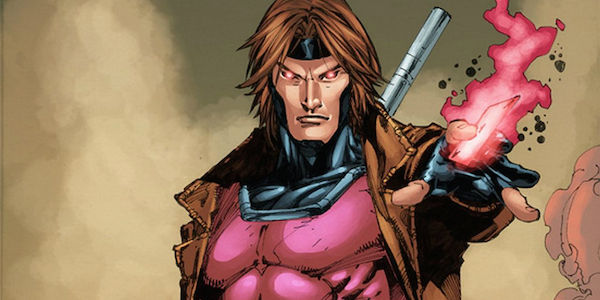 Not too long ago, Simon Kinberg said the upcoming Fox X-Men films were on track and in production, but Gambit wasn’t one of those mentioned. They’re obviously pushing ahead after Deadpool exceeded expectations, while X-Men: Apocalypse didn’t blow many away. While those have been the focus, little attention has been given to Gambit or New Mutants.

In an interview with The Hashtag Show, which you can see below, Kinberg gave an update on the future of Fox’s comic book world. They had slated Gambit for a release in October this year, but that’s obviously not happening now. Budgetary problems and a switch of directors saw the Channing Tatum lead film delayed. Some speculated it wasn’t happening at all, but Kinberg says it’s pushing for a Spring 2017 shooting date.

He also repeated that Deadpool 2 would shoot next year, and it’s likely to shoot before Gambit. With a director, writers and a cast all locked in and hard at work, the Deadpool sequel is further ahead than a film which confirmed its lead over two years ago. That puts the Merc with a Mouth on course to take the March 2, 2018 release date, which Fox reserved for a comic-book film.

The other unfilled slots for Fox are October 6, 2017 and June 29, 2018. Even if Gambit is made into a smaller film, it won’t meet either of those dates. Does that make New Mutants a bigger priority for the studio? When it was mentioned to Kinberg, he said they were hoping to start filming, “sometime real soon.” That seems to confirm the speculated early 2017 filming date. We’ve already heard casting rumours for Josh Boone’s film, with James McAvoy set to appear as Professor X.

Kinberg’s comments do suggest New Mutants will be heading into production early next year, if not sooner. That should make it a more likely contender for the June 2018 release date. Their X-Men series are typically May releases, while the spin-off seems further ahead than Gambit. That must be good news for fans of the New Mutants comic series, and Kinberg promised the film would be, “very loyal to the comics.”

Fans can get their next fix of mutant action early next year, when Hugh Jackman returns as Wolverine. The untitled sequel to The Wolverine is filming now ahead of a March 3, 2017 release date. So far we know very little about that one.