Skip to content
Home » ‘The Flash’: Teddy Sears to Return as Black Flash 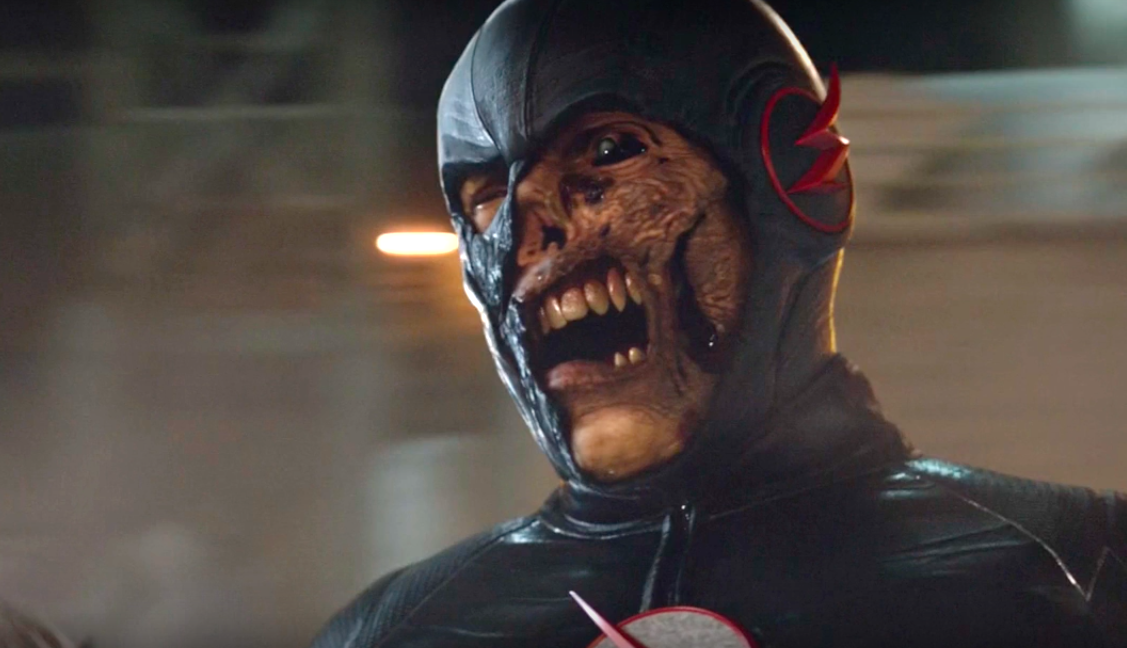 Zoom was an excellent villain for The Flash’s Season 2. The voice of Tony Todd, the presence of Teddy Sears, and a serial killer’s craze all melded perfectly. However, many will agree his shining moment was his apparent death during the finale. When the Time Wraiths swarmed to take Zoom away, as punishment for his Speedster sins, something fascinating occurred. He seemingly turned into the Black Flash.

His zombified countenance, torn cowl, and red emblem were evidence of the change. But amidst the speculation and fan theories, a confirmation was no where to be found. The show’s executive producer Andrew Kreisberg has broken the silence to confirm what we’ve all been hoping. Teddy Sears will, eventually, return as Black Flash.

“Obviously we did that on purpose,” Kreisberg told Entertainment Weekly. “We love working with Teddy [Sears]. He’s such an amazing actor and amazing person, and was so much a part of the success of this show last season. There aren’t any immediate plans for that, but you can’t keep a good Black Flash down, so I’m sure we’ll be seeing him in the future.”

Of course, this doesn’t confirm his appearance in Season 3. Although, some are thinking Barry’s fiddling with the timeline may bring out the Time Wraiths and Black Flash during the show’s Flashpoint event.

One of the Arrowverse’s highlights is dropping nuggets of information and leaving them for awesome reveals down the line. Remember learning about Oliver’s son in Arrow Season 2? Remember how that wasn’t broached again until The Flash’s Season 1 crossover? We just met the kid in Season 4! If you’re thinking Black Flash will make a grand entrance anytime soon, keep those hopes at bay. We might not see him for quite a while. But when he does eventually come back, it will surely be nothing short of spectacular.