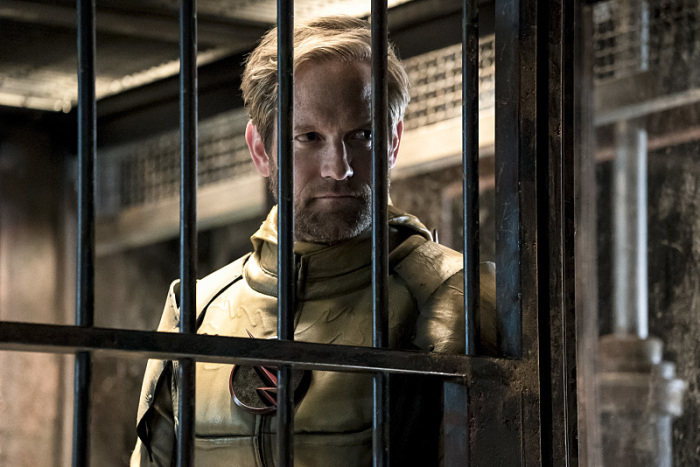 The Flash’s Season 3 is just over a month away. To mark the occasion, The CW has released a set of images for the premiere, entitled Flashpoint. Admittedly, many of the shots are familiar, as they’ve appeared in either the teaser or TV spot. However, a few offer a fresh look at what’s to come.

We see Barry with his parents, a scene that’s sure to be emotionally exhausting. There are also a few shots of what looks to be a Flash and Kid Flash team up. Perhaps this is the two officially meeting for the first time. What’s most interesting is Barry and Iris together in the same place he’s keeping the Reverse Flash jailed. Based on Season 3’s first teaser, we know Iris won’t be oblivious to the Flashpoint situation for long. This likely isn’t his explanation being shown off, as it appears the two are getting pretty cozy, since they’re holding hands.

The photos of Reverse Flash offer little. Although, it does look as though Barry is having a change of heart about keeping the Speedster locked away. We’ll see how well that turns out if this is the case. It’s especially intriguing since we know the Reverse Flash will eventually join the Legion of Doom. The villainous group, also featuring Malcolm Merlyn, Damien Darhk, and Captain Cold, is set to cause trouble as Legends of Tomorrow’s big bad.

The Flashpoint storyline won’t last very long. However, it will have a permanent impact on the remainder of Season 3. What those specific changes are and how they take shape over time remains to be seen. Thankfully, the wait to find out isn’t much longer now. The Flash will return on Tuesday, October 4.

Images: The CW via Heroic Hollywood