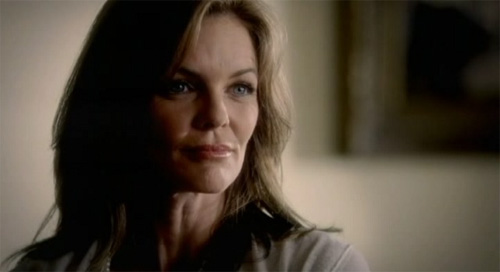 The third season of The Flash will be fleshing out Caitlin Snow’s character as her mother will be joining the show. As revealed by EW, Susan Walters has been cast as Snow’s mother, Carla Tannhauser. Interestingly the character’s name implies maybe her mother has remarried which may spark tension between her and Caitlin. Back in Season 2 it was revealed that Snow has a brother and a fractured relationship with her mother. Will the events of Flashpoint in Season 3 alter that relationship somewhat? It is certainly possible.

“The two have long had a difficult relationship, with Caitlin finding her mother cold and withholding, and Carla regarding her daughter as rebellious and ungrateful.”

Even Snow’s doppelgänger Killer Frost from Earth-2 feels icy towards her mother, when the two came face-to-face in Season 2. During SDCC Danielle Panabaker, who plays Caitlin Snow, expressed enthusiasm toward exploring the character’s relationship with her family. She told press outlets (via CBR):

“I feel like they teased a little bit about Caitlin’s mother at the end of season two and their dynamic when Caitlin Snow and Killer Frost were talking to each other. That’s something I’m very curious about. We obviously know a lot about the West family, we’ve met Cisco’s family. I’d like to learn a little more about Caitlin’s family.”