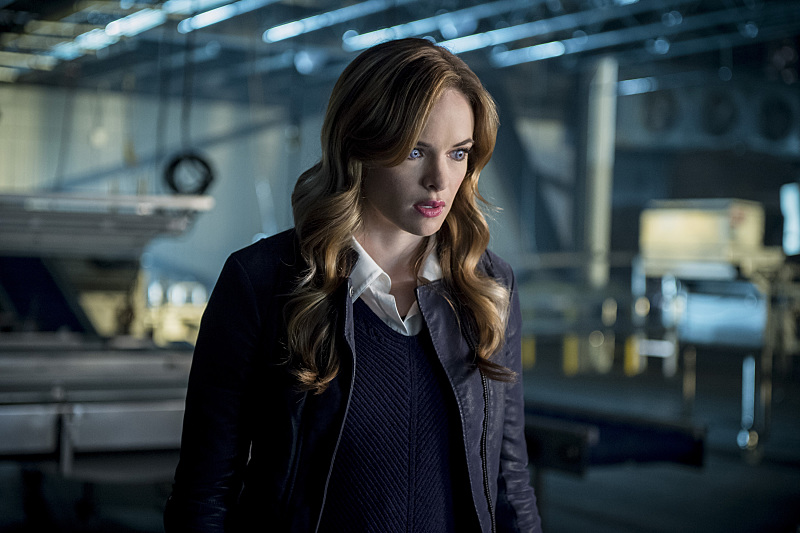 Before episode eight arrives as part two of the Heroes Vs. Aliens crossover mini-series, we have another exciting episode of The Flash to deal with. Episode seven is directed by cult favourite Kevin Smith, who also helmed The Runaway Dinosaur – one of the best Flash episodes of last year. This one looks to be a classic as well. Titled Killer Frost it, well, I’ll let the official synopsis speak for itself.

If you’ve been watching The Flash this year, you’ll know that Dr Caitlin Snow has gained metahuman freezing powers since Barry switched up the timeline after the Flashpoint arc. In a plotline that is absolutely nothing like Elsa from Frozen, Caitlin has been keeping her icy abilities a secret from her loved ones in an effort to control them. In this episode, however, it looks like Caitlin will have to let it go as her secret gets out. But will she follow the path of her Earth-2 counterpart and become the villain Killer Frost? Only time will tell.

That said, these newly-released images (including a few behind-the-scenes snaps) certainly serve up some clues. Beware, what some may consider to be spoilers for the episode can be found below, so proceed with caution.

Images via The CW