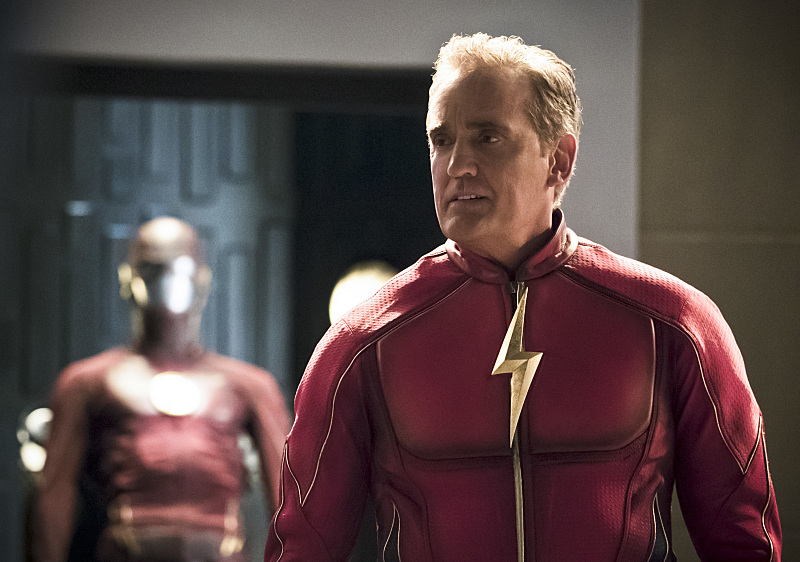 Jay Garrick has been largely absent this season. He popped up once Barry returned from the Flashpoint timeline, giving Earth-1 Flash sound Speedster advice. However, since then, we haven’t seen or heard much of him at all. It’s unfortunate, especially since John Wesley Shipp was revealed as having a larger role in Season 3 following the Season 2 finale. Thankfully, we’ll be getting much more of him once The Flash returns from its mid-break early next year.

Talking to CBR, Shipp was asked if the story would go further into the mistakes Jay made when he was younger. Shipp responded with the following:

“Well, those hints keep being dropped. I mean, it’s very interesting to me, and I’m going to figure in more prominently in the second half of the season than the first. You just asked one of my questions, because nothing is wasted, I think we’ve seen in this show. So anytime something like that is dropped — and there’s more of it tomorrow night! — there are more… As I said, I’m most involved in this episode than any episode I’ve done on this show so far. So we get to see Jay dealing with this young speedster, we get to see his reaction to Savitar, and there really are some curious things that Jay says that make me, John, wonder, ‘Okay, what’s coming?’”

Henry Allen has been sorely missed over the last several episodes. Early in this season, it was good to see that Jay Garrick could provide Barry fatherly advice. Although, the Golden Age Speedster is a bit more stern in his approach. It’ll be interesting to watch their interactions, especially since there’s still much The Flash needs to learn about his powers. Could we see Barry learning more tricks with his Speed? We may find out during the show’s mid-season finale, as Jay Garrick will feature prominently there, as well.

The Flash airs Tuesday nights on The CW.