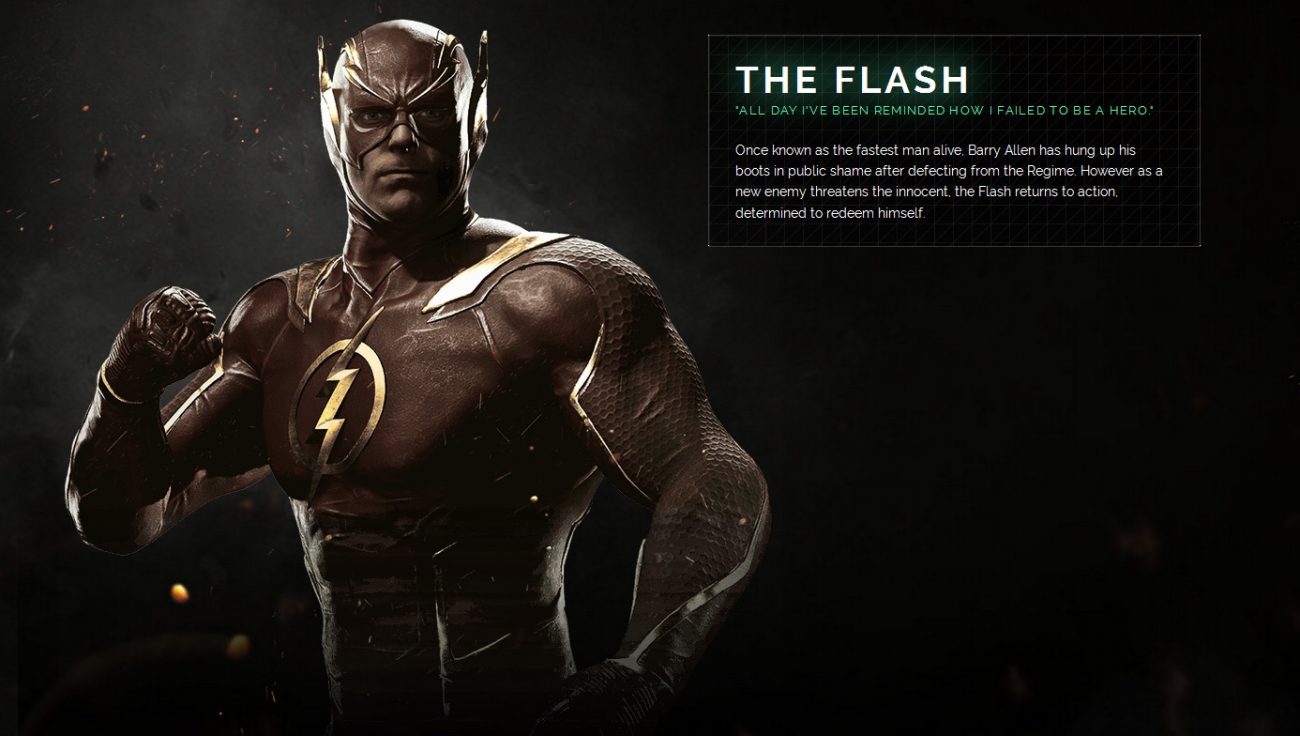 Apart from Injustice 2’s reveal last spring, NetherRealm hasn’t shown much of the Scarlett Speedster. Not to worry, though, The Flash gets formally introduced in the game’s all new trailer. Check out the Speedster’s Injustice 2 debut below, courtesy of Ed Boon.

We’re all well aware of the Injustice sequel’s debuting armor variations for each fighter. However, what’s interesting about The Flash’s look in the trailer is its resemblance to Grant Gustin’s costume on CW’s The Flash. It seems to be a nod to the suit the Speedster will wear when the show takes him to the future later this month. And that isn’t the only nod to the Arrowverse, either, as his combat moves are awfully familiar. He throws lightning, fans his arms, and pulls a few time tricks we wouldn’t mind seeing the CW series borrow from.

The gameplay also shows off some pretty incredible combos not featured in Gods Among Us. This time, the hero appears to be a bit faster, utilizing a new skillset. As such, it will be interesting to see how he functions versus the Reverse Flash variant. Because the latter will be a skin for The Flash, much like John Stewart’s Green Lantern in the first game, we’re left wondering if the two are going to share a move-set.

We also get another glimpse of Captain Cold and Gorilla Grodd. The two Rogues don’t get to shine as much as they have in previous trailers, but it is still fun seeing them up against their nemesis.

The wait for more isn’t a long one. Injustice 2 will launch on PlayStation 4 and Xbox One on May 16.