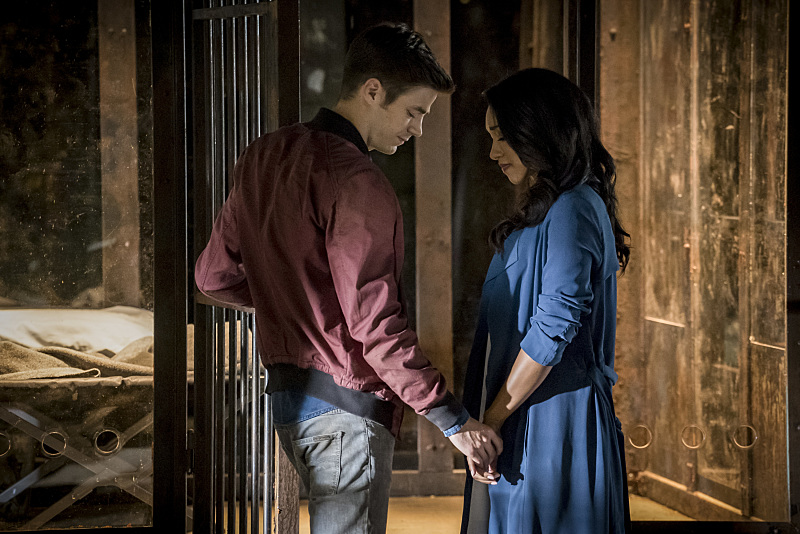 There are some characters typically left unmarred by the state of their world on television. When watching The Walking Dead, prior to Season 7 of course, there were some cast members the audience knew would never depart. In many respects, the same can be said of the Arrowverse characters. However, Arrow has subverted this notion in the past. When the mid-season finales began rolling out, The Flash seemed to tease it could potentially do something similar. Spoilers follow for the first half of Season 3.

During the episode in question, The Flash inadvertently traveled five months into the future. In doing so, Barry stumbles upon a horrific scene in which Savitar murders the love of his life, Iris West. Her death is brutal and spells certain doom for the character as the season winds to a close in May.

Of course, this raises many questions. Chief among them is whether or not the show would actually go through with it. In the comics, Iris West is integral to Barry Allen’s story arc. She’s essential to his return from the Speed Force, which is also depicted in Season 2’s The Runaway Dinosaur. Surely, this means she’s a safe bet to survive, right?

According to TVLine, that may or may not be the case, as co-showrunner Aaron Helbing notes the following:

“Obviously Barry loves Iris more than anything and now that he has gotten a glimpse of the future, the thrust of the back half of the season is Barry trying to do whatever it takes to save her.”

Helbing’s statement doesn’t reveal too much. Although, if Barry has a chance to succeed, he’ll definitely go at with everything he’s got. His first step seems to be in enjoying their time as a couple. Towards the end of the mid-season finale, the couple celebrates Christmas by visiting their new apartment. It’s a poignant gift from Barry, one that demonstrates his admirable optimism despite what he knows to be ahead.

Speaking of what’s possibly ahead, Helbing also says fans shouldn’t assume that Iris’ death and Barry’s grief are automatically two-parts of the Speed God’s three-part prophecy. “The future is malleable” and “anything can happen,” as The Flash has demonstrated time and time again.