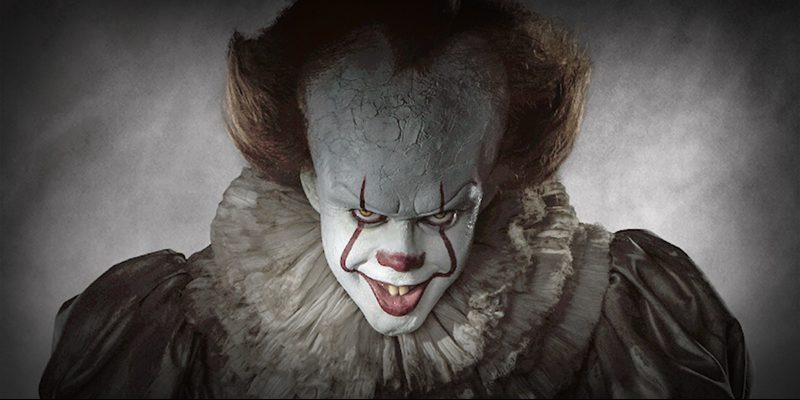 Are you sleeping too soundly at night and looking for something to terrify you out of your wits? Well, if you that’s you – you strange creature, you – then you are in luck, because a new version of Stephen King’s IT is on its way. The tale about a terrifying clown who torments a bunch of kids is one of the master of horror’s greatest works. Now that the trailer for the movie has arrived, we can safely say that we will be suffering from nightmares about Pennywise the Clown all over again. Watch it below:

As a teaser trailer, the above promo does its job with aplomb. It doesn’t give too much away but still sets up an ominous atmosphere and hints at some big scares to come in the full movie. Best of all, it holds back on revealing Pennywise in all his horrific glory and only briefly features his face towards the end. Bill Skarsgard has got big shoes to fill – well, bigger than normal clown shoes – in taking over from Tim Curry, who played Pennywise in the 1990 TV miniseries. While we still don’t know how Skarsgard will play the part, we have to say he probably looks creepier than Curry’s version already.

Here’s a quick synopsis for the movie:

When children begin to disappear in the town of Derry, Maine, neighborhood kids band together to square off against Pennywise (Bill Skarsgård), an evil clown whose history of murder and violence dates back for centuries.

Alongside Skarsgard, It stars a host of upcoming young actors including Midnight Special‘s Jaeden Lieberher, Jeremey Ray Taylor of Alvin and the Chipmunks: The Road Chip and Stranger Things star Finn Wolfhard. Who, it has to be said, is cornering the market in King-inspired child-driven horrors of late. Other cast members include Sophie Lillis, Wyatt Oleff, Chosen Jacobs, Jack Dylan Grazer and Nicholas Hamilton. It is directed by Andres Muschietti and creeps into cinemas on September 8th.