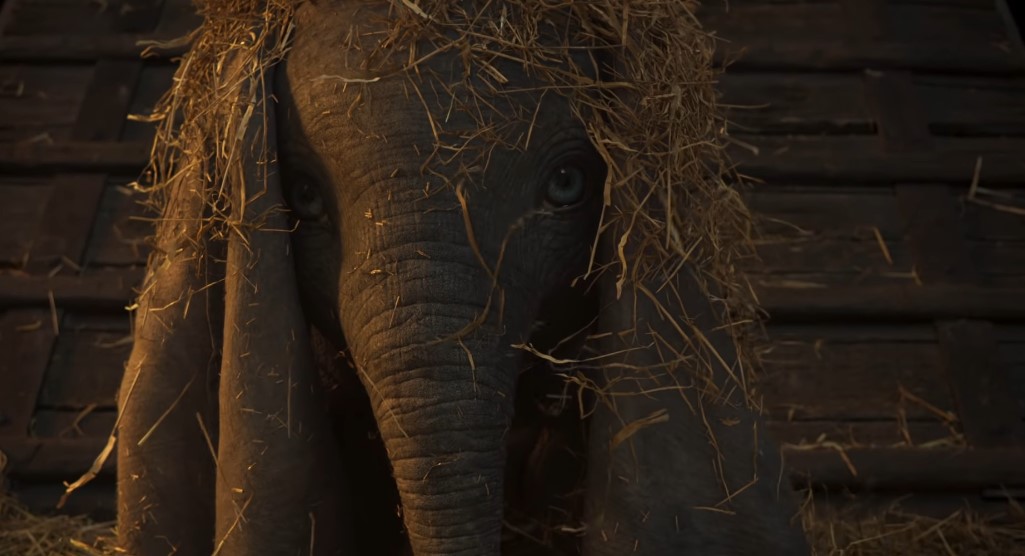 Thanks to Maleficent, Disney is more confident than ever to bring to live-action several of its classic titles. Next year, we’ll get to see their collaboration with visionary Tim Burton, a live-action adaptation of Dumbo.

Check out the first teaser trailer that just dropped:

From Disney and visionary director Tim Burton, the all-new grand live-action adventure “Dumbo” expands on the beloved classic story where differences are celebrated, family is cherished and dreams take flight. Circus owner Max Medici (Danny DeVito) enlists former star Holt Farrier (Colin Farrell) and his children Milly (Nico Parker) and Joe (Finley Hobbins) to care for a newborn elephant whose oversized ears make him a laughingstock in an already struggling circus. But when they discover that Dumbo can fly, the circus makes an incredible comeback, attracting persuasive entrepreneur V.A. Vandevere (Michael Keaton), who recruits the peculiar pachyderm for his newest, larger-than-life entertainment venture, Dreamland. Dumbo soars to new heights alongside a charming and spectacular aerial artist, Colette Marchant (Eva Green), until Holt learns that beneath its shiny veneer, Dreamland is full of dark secrets.

As you can see, the movie has a star-studded cast. Burton is even reteaming with Batman star Michael Keaton who will be playing who I assume is the villain in this movie. It’s even cool that Danny DeVito is playing a ringmaster again as he did so in Burton’s Big Fish.

One noticeable difference with this movie and the original is also the fact that there are no talking animals in this film. Instead, Dumbo is surrounded by human characters made specifically for the movie. No doubt there will still be references to the animation, though. They even found a way to bring a pink elephant made of bubbles in it.