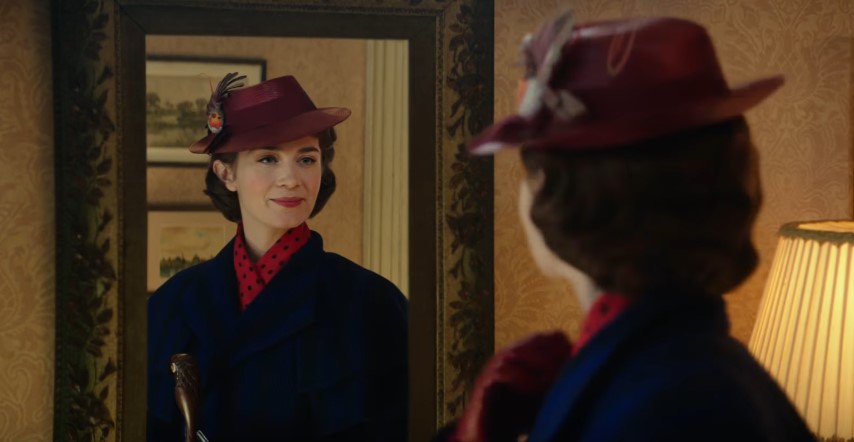 Mary Poppins will be coming back to theaters this December, but instead of Julie Andrews, Emily Blunt has taken over the role of the magical nanny. We’ve been getting some photos from the set for the past months, and now Disney has given us the first teaser Mary Poppins Returns.

In Depression-era London, a now-grown Jane and Michael Banks, along with Michael’s three children, are visited by the enigmatic Mary Poppins following a personal loss. Through her unique magical skills, and with the aid of her friend Jack, she helps the family rediscover the joy and wonder missing in their lives.

We also have an official poster for the film as well:

I think it’s pretty clever that they would make this a sequel/reboot to the original, and they would have the Banks children grown up with kids of their own. Besides the main cast that includes Blunt, Lin-Manuel Miranda, Emily Mortimer, and Ben Wishaw, we also have appearances from Julie Walters, Meryl Streep, Colin Firth, and Angela Lansbury. Even original cast member Dick Van Dyke is coming back to play a different character, the retired bank chairman of the Fidelity Fiduciary Bank.

The teaser barely reveals anything about the movie, but the shots so far do look amazing. Let’s hope director Rob Marshall will give us a great follow-up to a beloved Disney classic.