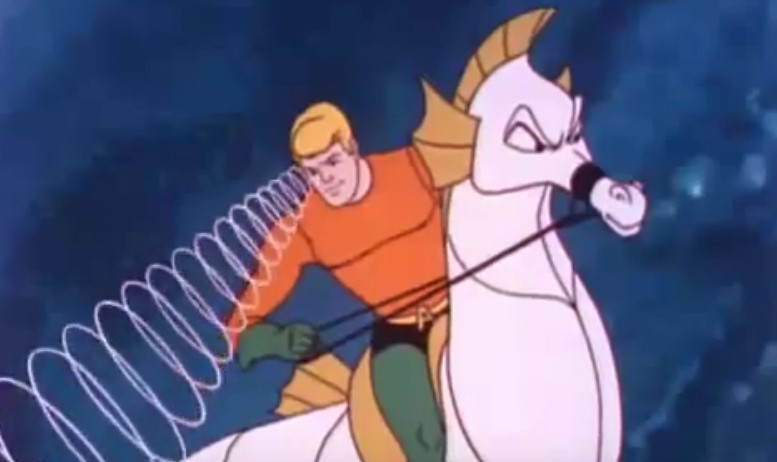 The Aquaman from Super Friends was known for riding a funny-looking seahorse, and it was a source of a joke for most people who watched the show. As it turns out, James Wan’s Aquaman will be bringing the water mounts back, but they’ve revamped them in a way that they actually look like fierce underwater dragons.

According to Entertainment Weekly, these ‘sea dragons’ are supposed to come from Xebel, as in, the kingdom of King Nereus (Dolph Lundgren), father of Mera (Amber Heard). Producer Peter Safran had this to say about them:

“The idea was to turn on its head the idea of Aquaman riding a seahorse, take something for which he was mocked and turn it into something terrifying and impressive… He’s a Xebellian creature but I wouldn’t be surprised if we saw Arthur (Jason Momoa) on one at some point…”

Aquaman had admittedly been the butt of joke for years, but thanks to some great characterization, he’s now considered the hardass of the entire Justice League ensemble. Sure, the comics have been taking the character seriously for a while, but you just can’t beat the stigma that was branded on the character since the 80s.

Hopefully the preview at SDCC will wow the audiences.