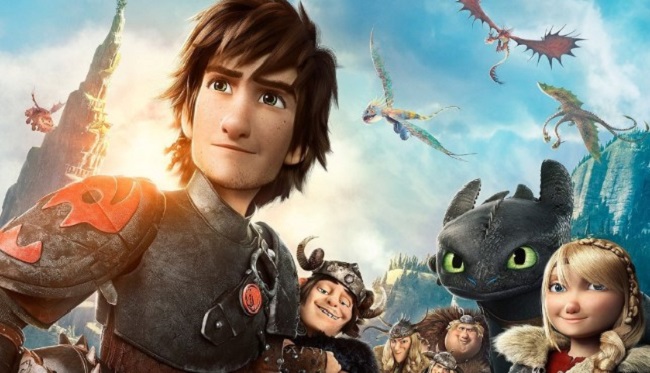 It may have taken a while, but the third How to Train Your Dragon movie is on its way. Now, we finally have a first look at the main characters Hiccup, Astrid, and the rest of their friends.

It looks like the movie is going to have a significant time jump.  See how characters like Fishlegs and even Hiccup are getting distinct facial hair? One thing you also notice is that every character has armor that’s reminiscent of the dragon that they primarily ride. I don’t know if Hiccup had to kill another night fury to get it. However, I’m guessing that the armor is made out of shed dragon scales (You know, like how cats shed fur).

We still don’t have a main plot of the film, but we do know that the villain is someone named Grimmel played by F. Murray Abraham. There is also a rumor going around that the movie will have something to do with the disappearance of the dragons, but that hasn’t been confirmed at all.

With Disney and Illumination currently dominating the animated movie market, DreamWorks’ How to Train Your Dragon still manages to be an impressive franchise. The stories have a lot of heart and great action, and hopefully this all caps up nicely with the final film in the trilogy.

How to Train Your Dragon: The Hidden World comes out March 1, 2019.