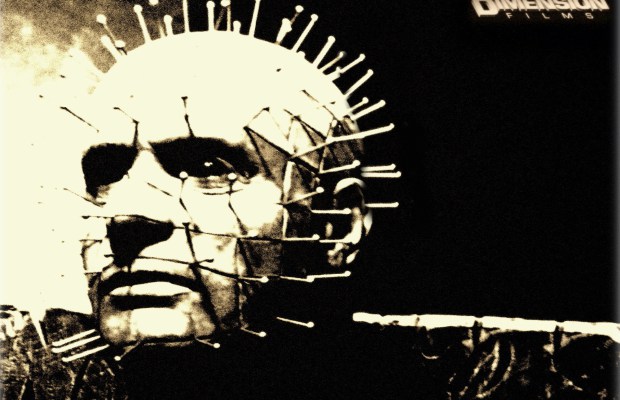 When Hellraiser: Judgement was announced as a project introducing a fresh take on Pinhead, fans eagerly awaited news of Doug Bradley’s return as the character. Last month, it was revealed that Paul T. Taylor would instead take on the iconic role and with that bit of news came questions regarding the new look.

Well, the new look has arrived. Here’s the first shot of Taylor as Pinhead:

Yes, the image is blurry and the shading certainly doesn’t help, but you have to admit he looks fantastic. Nothing much seems to have changed at all. At least on that front, fans of the franchise can partake in a collective sigh of relief.

Gary J. Tunnicliffe, known for his expertise in special effects, will make his directorial debut with Hellraiser: Judgement, which will mark the horror franchises’ eleventh film. You can read the film’s official write-up below:

In Hellraiser: Judgement, Detectives Sean and David Carter are on the case to find a gruesome serial killer terrorizing the city. Joining forces with Detective Christine Egerton, they dig deeper into a spiraling maze of horror that may not be of this world. Could the Judgment awaiting the killer’s victims also be waiting for Sean? We’ll have to wait and find out when Hellraiser: Judgement arrives in theaters and on VOD later this year.

Let us know your thoughts. Does this image make you hopeful that the film will be a return to form for the series or are you still on the fence about what’s to come?