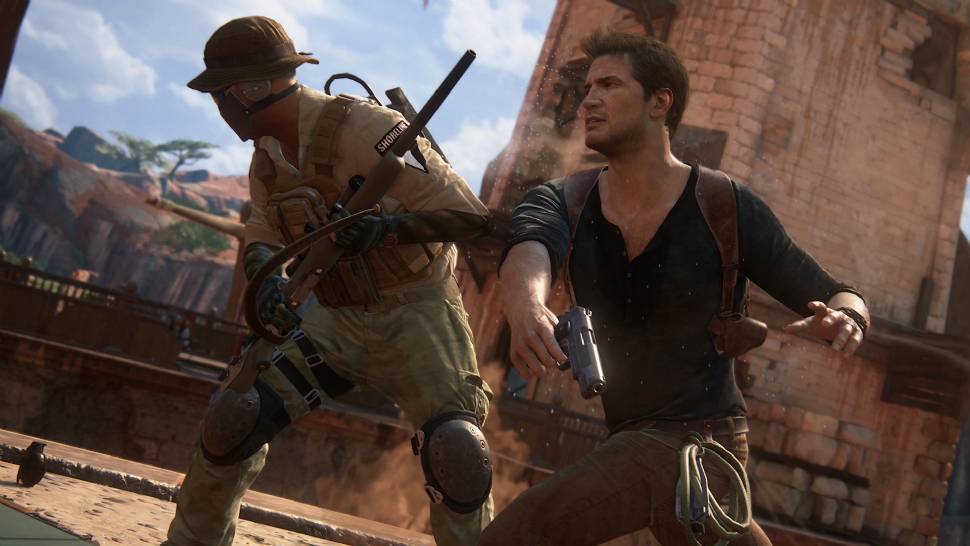 It’s been a long ride. Uncharted 4: A Thief’s End was announced at Sony’s PlayStation 4 launch event back in November 2013. A few short months later, the series creator and creative director, Amy Hennig, left the project for still unknown reasons. She’s since moved on to an unnamed Star Wars project at EA, but development of Nathan Drake’s last adventure hasn’t gone as smoothly.

Three delays and a bit of controversy hasn’t slowed down PlayStation’s marquee title, though. Still one of the most anticipated games this gen, Uncharted 4 has had nothing but excellent showing after excellent showing with its gameplay previews and trailers. Approximately two weeks before launch, Naughty Dog has gifted fans with one more tease before the game hits store shelves. Check out the final trailer and official synopsis below.

“Several years after his last adventure, retired fortune hunter Nathan Drake is forced back into the world of thieves. With the stakes much more personal, Drake embarks on a globe-trotting journey in pursuit of a historical conspiracy behind a fabled pirate treasure. His greatest adventure will test his physical limits, his resolve, and ultimately what he’s willing to sacrifice to save the ones he loves.”

This is set to be Naughty Dog’s biggest title yet. Not just in terms of how it’s expected to perform commercially, but also the game itself. With what the team is calling “wide-linear” explorable spaces and an allegedly more powerful opening than The Last of Us, fans of the franchise are anticipating this epic adventure to blow away all expectations. Luckily, launch is only days away; Uncharted 4 releases worldwide on May 10.