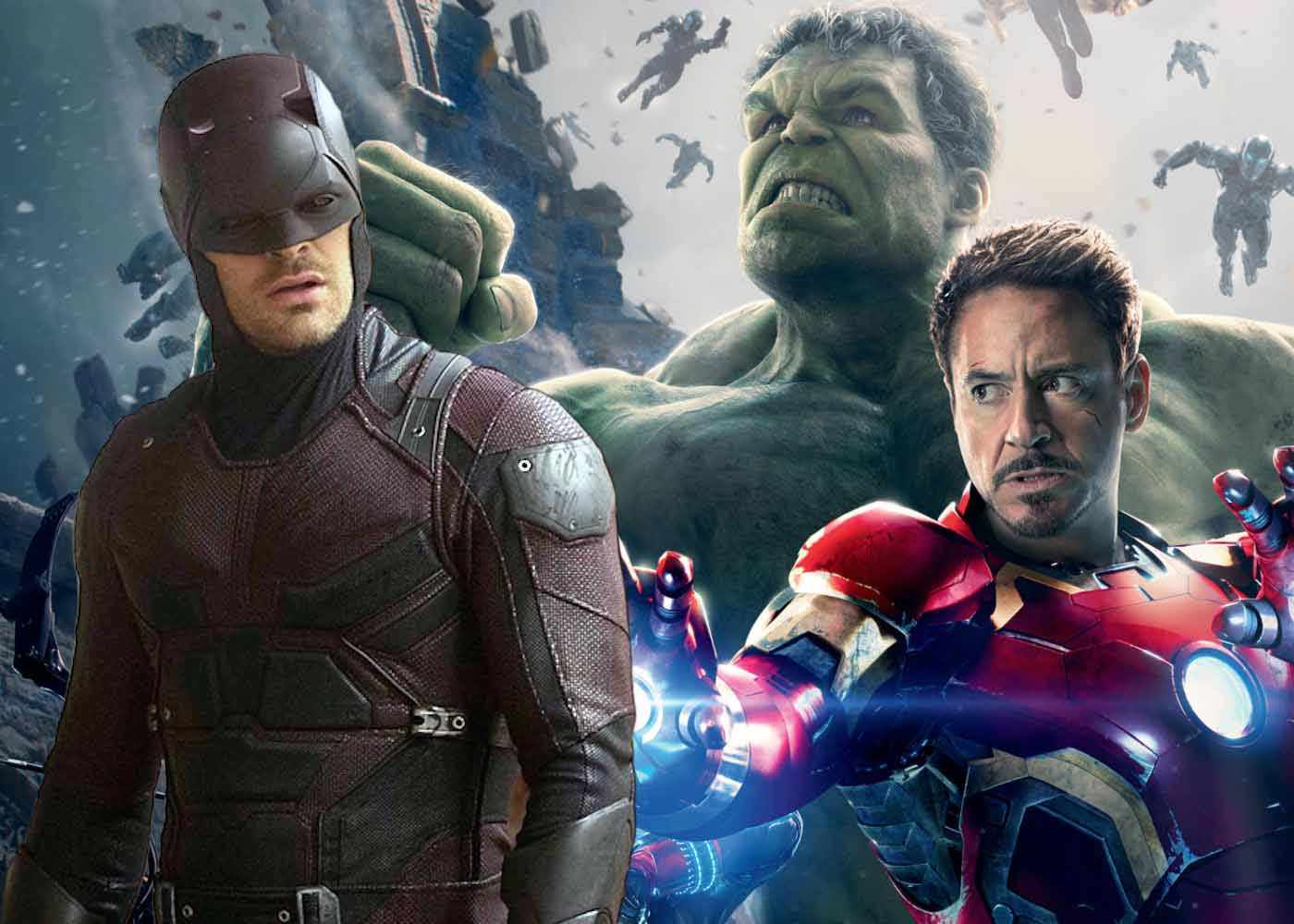 Fans of the MCU and the Marvel TV Universe have been hoping for a larger connection in what initially seemed to be one-and-the-same.  As the movies have gotten broader and bigger, and TV shows have become a universe of their own, the MCU has mostly ignored its smaller-screen brethren.  Netflix has been hot with Daredevil, Jessica Jones, and Luke Cage (sorry, Iron Fist), but why can’t they have a shot at appearing with the Avengers?  And what happened to Agents of Shield following closely behind of the scenes of The Avengers?  Sure, the show once allowed Lady Sif (Thor) and Nick Fury in on some of the fun to keep the bridge to the MCU intact, but the distance between the TV and Film universes has grown.

Marvel Studios President, Kevin Feige recently gave hope to the idea that the worlds may feature a more concrete crossover in the future.  In answering an interviewer with io9 as to whether a character appearing on one of the shows would automatically lose the opportunity to appear in one of the larger films, Feige had this to say:

“Not necessarily… The future’s a long time. So, the truth is, I don’t really know, but there are a lot of TV shows being made, and hopefully we’ll continue to make a lot of movies. At some point, there’s going to be a crossover. Crossover, repetition, or something.”

This lack-of-crossover debate has raged on ever since Daredevil premiered.  While there are direct references within the shows to the larger MCU, the movies have stayed very limited in their referencing of the TV universe.  Fans want an explicit two-way street.  Feige’s comments certainly suggest there’s room for opportunity in the future, but they also indicate there are no definitive plans at this point.  Could we see Daredevil recruited by Spider-Man?  Would Black Widow ever take on the Punisher?  What if the Hulk challenged Luke Cage?  Only time will tell if anything’s truly possible.