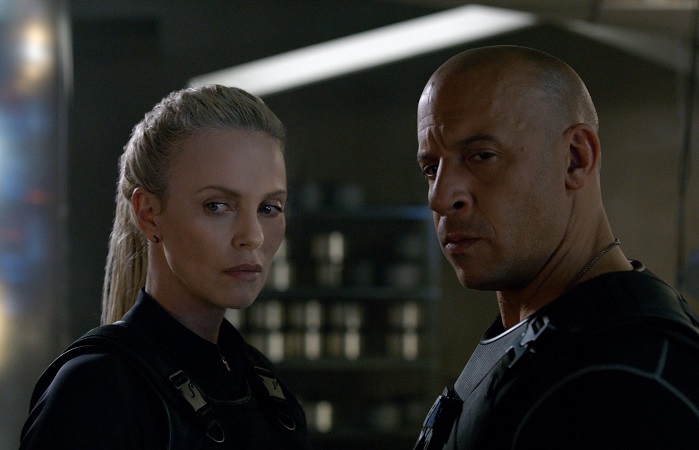 The Fast and Furious franchise is a rare model; it started out as a souped up first car, all shiny and new, the big post Pitch Black outing for new muscled action man, Vin Diesel. The novelty of car park doughnuts and road trips soon wore off, with the series drifting completely by the third instalment. Then something totally unexpected happened with Fast Five; a Looney Toons cartoon writ large, in both character and action set pieces, culminating in a stupendously stupid Brazilian car chase in which a safe was dragged through the streets. This spluttering franchise had been given an unintentional MOT, shifting gears into somewhere between so-bad-its good and a soap opera with somersaulting cars.

For all of its detractors, there’s an undeniable sense of stupid fun with The Fast and the Furious, and whilst the thought of further instalments doesn’t exactly get the juices pumping, whilst it’s playing out in all of its ridiculous glory in front of your eyes, you’re kind of swept up in the afterburn.

The plot, for which a summary is necessary because this franchise has turned into a multi-stranded soap opera on which to hang spectacular set-pieces, revolves around Dominic Toretto (Vin Diesel) and his favourite F-word, family. His loyalty is tested when strong-armed into betrayal by Charlize Theron’s computer hacker, Cipher, an act which brings him into direct conflict with his gang of wacky racers.

What makes this such a unique property is how reviews such as this one are redundant, because no matter how straight-to-DVD terrible this is at times, people will queue around the block to see a showdown in which assorted cars take on a Russian submarine. They’ll ignore the fact that this features some clunking dialogue, awful jokes, and amidst the cartoonish elements asks you to believe that Dwayne Johnson is a convincing soccer coach, and turn up for a New York traffic mash-up or an admittedly fun Jason Statham prison break.

With an established audience, it’s frustrating that they take this almost parodying approach to the material. Why when we’ve been through eight films with most of these characters do they address eachother with their names in almost every sentence? The viewers aren’t that dumb that they need to be reminded who’s who.

Enough with the critique, these movies are meant to be mindless fun, so let’s focus on what’s good in Straight Outta Compton director, F. Gary Gray’s spin around the block. For a start, the Brits are great value; Jason Statham is on top form, dropping the bad guy routine and upping the roughish charm, especially during his scenes with Johnson. Similarly, Helen Mirren is having the time of her life as a foul-mouthed Cockney. Watching her ham it up opposite Vin Diesel is almost as good as the Pacino/De Niro face-off in Heat, but for entirely different reasons.

As for Vin, he spends most of the movie with a furrowed brow, seemingly perplexed by the wonderful Charlize Theron, who’s throwing eloquent bad-guy dialogue his way, which features words such as ‘axioms”, and they seem to confuse our hero.

Rigidly sticking to the if-it-aint-broke method of moviemaking, Fast & Furious 8 is exactly what you’d expect, sometimes to a level of tedium, but we’re getting to the stage where they need to switch up the franchise another gear, or in a different direction, if rust isn’t going to begin setting in.