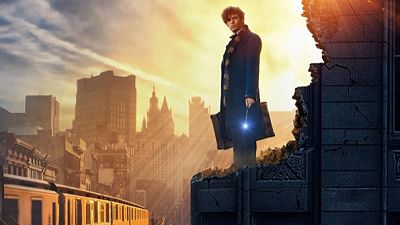 Spoilers Ahead For All The Potterheads Out There

Warner Bros has announced that production has officially begun on the second film in Fantastic Beasts and Where To Find Them.

While we wait for the official name to be confirmed. David Yates, who directed the last four Harry Potter films and the first Fantastic Beasts and Where to Find Them is directing this movie as well.

As we wait for production to finish, we did get a sneak peek at a potential spoiler for the next Fantastic Beasts movie today.

A photo posted on the film’s official Twitter teases two wands, prospectively wielding a significant plot point. While we don’t know what the black wand means or who it belongs to, (though we can guess) most Potterheads will recognize the skinnier wand on the left as the powerful Elder Wand. The Elder Wand is a prominent part of the wizarding mythology and one of the three Deathly Hallows, which, when used with the Resurrection Stone and the Cloak of Invisibility, is said to grant the possessor mastery over death itself.