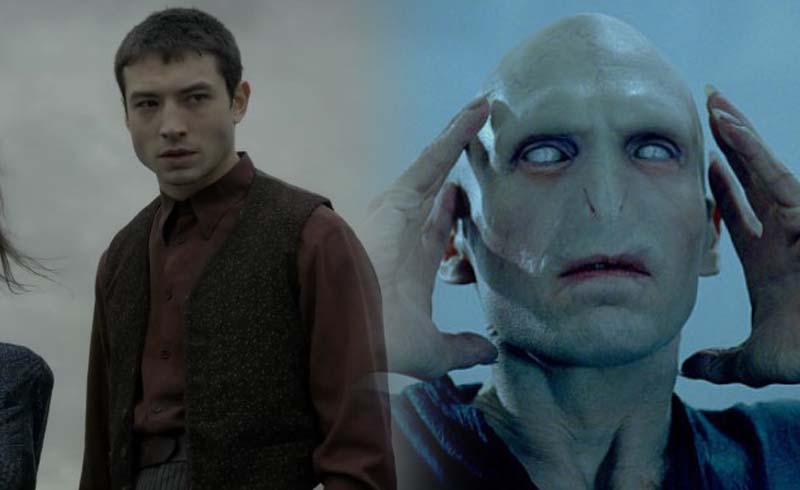 Fantastic Beasts and the Crimes of Grindelwald is one of the most anticipated movies of the year, and WB has released a new featurette giving us more on the story. What’s interesting is, it seems that the video is hinting that Credence Barebone (Ezra Miller) is actually more than what he seems.

Looking closely at the featurette, there’s a lot of talk about Credence ‘not knowing who he is’ and him wanting to find out the answer. There’s also the fact that everyone is going to Europe because of Credence. Though I only pegged him as a side character for the first movie, I never thought he would actually be important.

My guess is that Credence is actually Tom Riddle who had his mind wiped by Grindelwald so he can use him for his own gain. He would have to be in the middle of his enrollment (or fresh out of graduation) from Hogwarts.

Credence actually being Riddle would explain Nagini the snake woman; seeing that she’s possibly going to be the same Nagini that becomes Voldemort’s horcrux, it would make sense that she would have some close relationship with Riddle before he becomes the Dark Lord.

Of course, there’re already a lot of plot holes to consider with this theory. For one, Dumbledore was a lot older when he found Riddle in the orphanage and introduced him to magic. Also, the plot of Fantastic Beasts takes place in 1926—the same year that Riddle was born, so he wouldn’t be as old as Credence.

What I’m thinking is, Rowling would be willing to break canon if it makes for a good story. Sure a lot of people would find issue with consistency, but I think it’s ultimately up to what makes a better plot.

Catch Fantastic Beasts: The Crimes of Grindelwald in theaters Nov. 13.