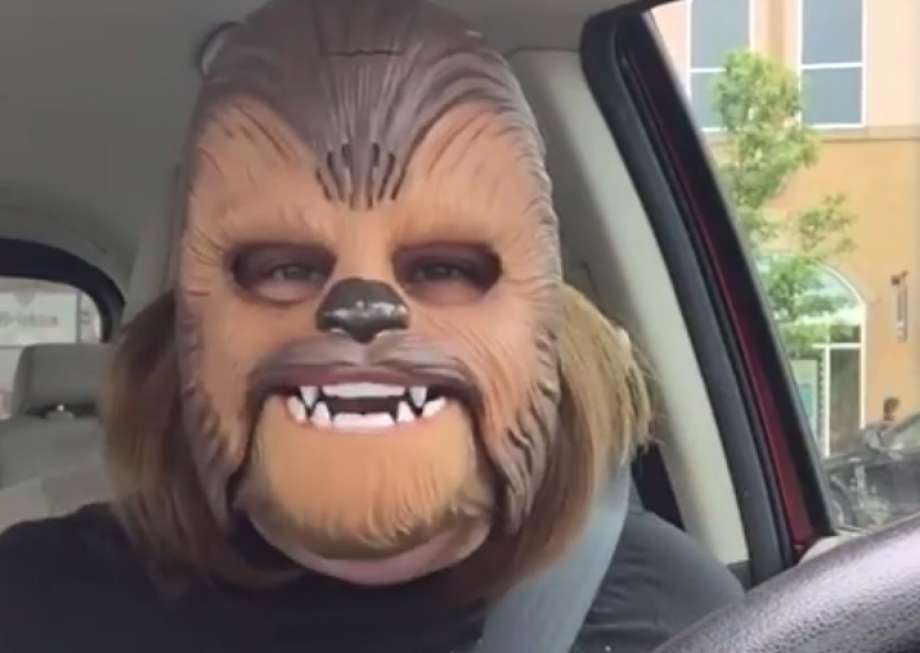 Having a bad day and need a quick and hearty laugh? This is worth every second of your time.

Candace Payne, mother of two, went to a Kohl’s department store in Dallas, in hopes of exchanging items she previously bought. Like most mothers, she walked out with something she initially had no intention of purchasing. However, this purchase quickly elevated her into internet superstardom, when she posted an unboxing video on her Facebook page.

The web is inundated with videos of adults and children unboxing toys, but this is one like no other. Not only did she unbox her brand new Chewbacca mask, that she promises her kids will only get to use occasionally, she also tried it on. But that wasn’t enough. The mask is electronic and has a moving mouthpiece, which allows the wearer to sound as if they’re mimicking the vocals of Star Wars’ favorite Wookie. That is where the hilarity begins, and seizes to end, as she laughs hysterically and continues to receive the mask’s electronic feedback. “I’m such a happy Chewbacca!” she proclaims with enthusiasm, while being overtaken by laughter.

She wasn’t the only one, though. Her laughter filled video hit the web running and has yet to slow down. It has been viewed well over 50 million times in just one day, breaking Facebook Live’s previous 10 million view record, held by an exploding watermelon.

Kohl’s has stated they’ve run out of stock for that particular Chewbacca mask, thanks to the viral video, but Mrs. Payne says that while it’s “crazy” to know millions worldwide are watching her video, the biggest reward has been: “I feel like I really helped people and that’s all that matters.”

Need another laugh? Watch it again, it never gets old.

Image and Source: The Telegraph via Candace Payne