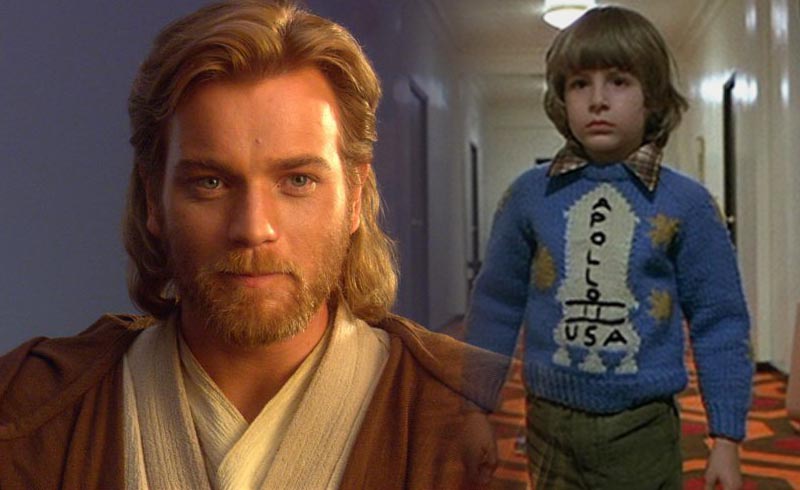 While everyone is waiting for Lucasfilm to confirm the Kenobi spinoff movie, it looks like Ewan McGregor is getting busy playing grown up versions of classic child characters. After playing Christopher Robin for Disney, McGregor has now signed up to play an older Danny Torrance in The Shining sequel.

As per Variety, McGregor is set to play the lead in Doctor Sleep, the sequel to Stephen King’s The Shining. The movie will follow a grown-up Danny as he struggles to overcome the trauma of his childhood at the Overlook Hotel.

Danny has become a raging alcoholic, but he seeks to better himself by helping others as a doctor. Danny then makes a connection to a little girl who also has “shining” powers, and they discover that their powers grow when they’re in the presence of suffering people.

With McGregor usually playing the “good” character in his movies, it would be interesting to see him take on a Jack Nicholson-esque role with Doctor Sleep. Even when he played the villain in Angels and Demons, McGregor still seemed like the nice guy.

Doctor Sleep will be directed by Mike Flanagan (Gerald’s Game), and still has no release date as of now.