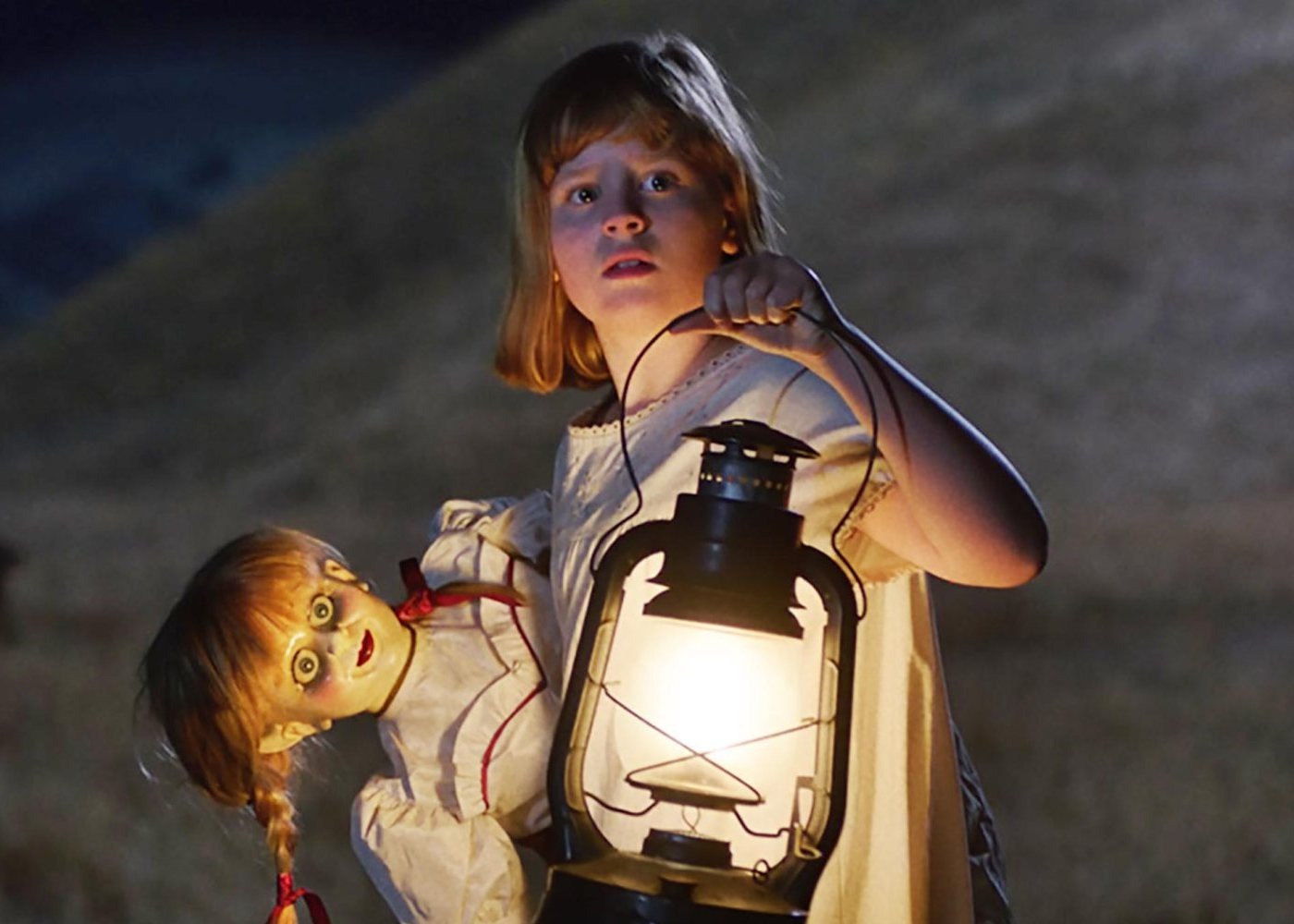 Annabelle: Creation is a little less than two months away and WB and New Line have released the second trailer online. This new look packs a few more scares than the sequel’s first trailer. Plus, more details regarding the plot take center stage. Check out the film’s second trailer below:

The Annabelle made its cinematic debut in the first The Conjuring film. Who knew James Wan’s insta-classic would spin out into its own interconnected universe? Annabelle’s first solo outing didn’t garner much praise, but hopes are high for this one. David F. Sandberg, the director behind last summer’s Lights Out, is at the helm; Wan is producing.

Since the Annabelle sequel was announced, the Conjuring universe has grown. The Conjuring 2 introduced audiences to The Nun, a figure that Ed Warren took to drawing, which haunted Lorraine. That ominous figure in black is getting a standalone, but she’s not the only terrifying character in the franchise’s mainline sequel receiving further exploration. Just last week the Crooked Man was revealed to have a solo of his own as well.

It’s all exciting, yet there is still no news on when fans can expect The Conjuring 3. However, series producer, Peter Safran has teased a potential third film won’t center around another haunted house tale. Based on the real case files of Ed and Lorraine Warren, James Wan and Co. have plenty of other options.

Annabelle: Creation opens in theater later this summer on August 11. The Nun will hit the big screen in 2018. You can read the synopsis for the Annabelle sequel below:

“Several years after the tragic death of their little girl, a dollmaker and his wife welcome a nun and several girls from a shuttered orphanage into their home, soon becoming the target of the dollmaker’s possessed creation, Annabelle.”