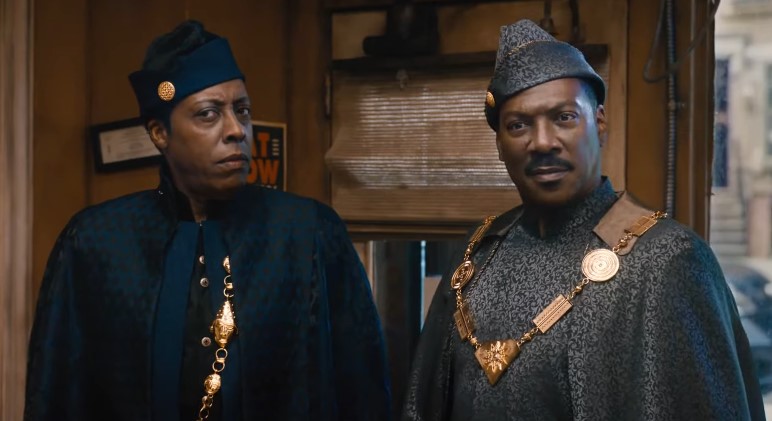 Eddie Murphy had come back to the spotlight with Netflix’s Dolemite Is My Name, and this time, he’s teamed up with Amazon Prime Video to bring us a sequel to Coming to America. With Coming 2 America set to come out in March, Amazon has decided it’s time to drop the first trailer for the film.

Set in the lush and royal country of Zamunda, newly-crowned King Akeem (Eddie Murphy) and his trusted confidante Semmi (Arsenio Hall) embark on an all-new hilarious adventure that has them traversing the globe from their great African nation to the borough of Queens, New York – where it all began.

It’s going to be interesting to see how Coming 2 America will be written, seeing that the original film probably wouldn’t fly so much with the 2020 social climate. Then again, it looks like writers David Sheffield and Barry W. Blaustein—who wrote the first movie—are going to be addressing that in this sequel, what with the barbers talking about political correctness.

As someone who grew up on Eddie Murphy, I’m really happy to see him back in the spotlight. If anything, Dolemite is My Name is actually an evolution of his work, having Murphy transition into something more serious despite his comedy background. I’m just hoping that Coming 2 America would also try to ‘mature’ Murphy’s humor rather than just be a ‘too late’ sequel like Dumb and Dumber To or Bill & Ted 3.