Skip to content
Home » ‘Dragon Ball Super: How Dare You Do That To My Bulma!’ Review 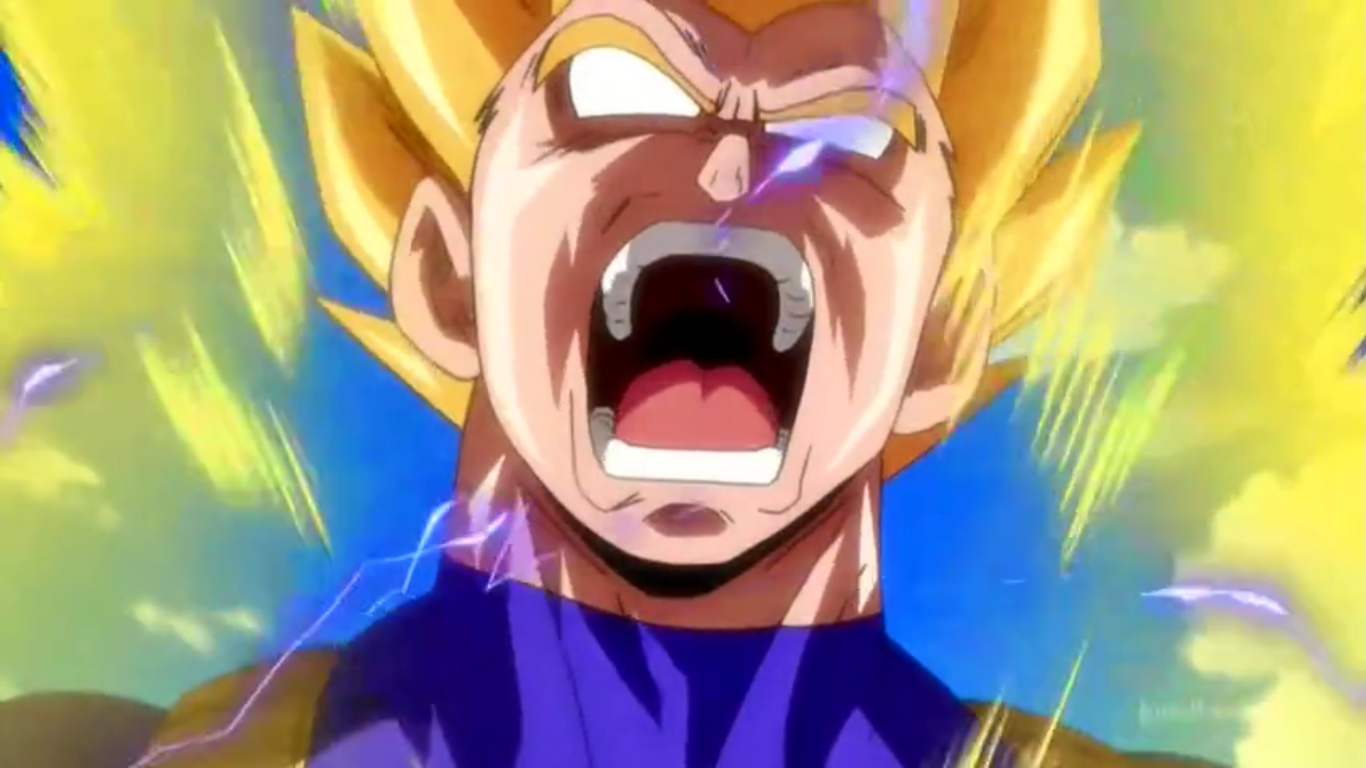 Last week we saw Vegeta’s attempts to keep Beerus: The God of Destruction from destroying their planet foiled when Majin Buu decided to not share his pudding. With this episode, the full title “How Dare You Do That To My Bulma! Vegeta’s Metamorphosis of Fury” teases a fan-favourite moment from the Dragon Ball Z: Battle of Gods movie; the moment when Beerus strikes Bulma causing Vegeta to fight back.

It’s just a shame that despite being the title of the episode, that moment doesn’t happen until the closing moments. But first, let’s back up.

In the Dragon Ball Z: Battle of Gods movie, the content that makes up this episode (taking after Beerus’ initial takedown of Buu and ending at Vegeta’s outburst) happens over the course of four minutes. So in a 20-minute anime episode, what content fills that time? Well, essentially this episode of Dragon Ball Super seems to be a parody of all the negative Dragon Ball tropes with most of the screen-time being dedicated to Beerus dodging and people looking scared off-screen. This episode feels like almost nothing but atmosphere. That’s not a bad idea in principal but it feels like the structure is lax. 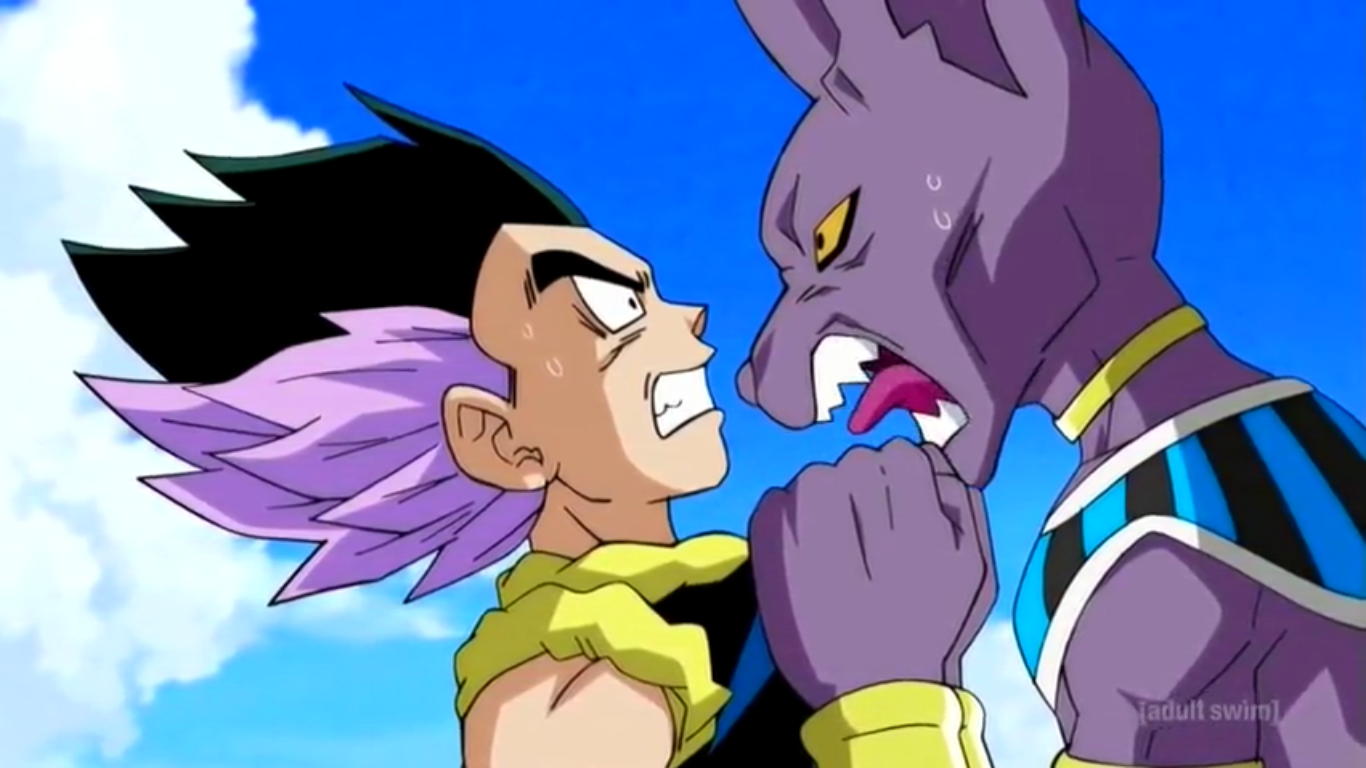 Basically, the episode goes; 1) A Z Fighter challenges Beerus. 2) They get beaten down. 3) Whis tries some food and prevents Beerus from destroying Earth for a few more minutes. Lather, rinse and repeat three times. That’s the episode. Yes, it’s nice to see Goten and Trunks fuse into Gotenks through the fusion-dance and it seems he’s not matured much as he’s still giving his attacks goofy names (“Ultra-Awesome-Megaton-Powered-Propeller-Punch-Attack!”) as well as seeing Piccolo, Tien, 18 and Gohan get in on the action. But it’s all in service of establishing something we already knew; Beerus is strong as hell. We already saw him best Super Saiyan 3 Goku and Majin Buu, the two strongest fighters in Dragon Ball Z so this really isn’t something we need reiterated.

That wouldn’t do much to hamper the episode if the fighting was engaging, but it’s really repetitive. Beerus just dodges, bats them away and that’s the extent of the fighting. I know Dragon Ball Super doesn’t have nearly the budget that Dragon Ball Z: Battle of Gods did but this doesn’t come down to budget, this comes down to a lack of creativity. In the movie, Beerus uses chopsticks to throw his opponents, stun Piccolo and winds up causing Gohan and Buu to headbutt each other. Those brief moments are infinitely more exciting than watching Beerus dodge a bunch.

But the worst yet is that half of this episode is comprised of characters looking scared and sweating. The character who gets the most embarrassing treatment is Vegeta, who is animated in a way that makes it look like someone should call an exorcist. Melodrama is often at the heart of anime but the amount of time this episode spends on it just makes it dumb. Obviously, Vegeta is petrified of Beerus and, if there’s anything this episode does to improve over its feature-length counterpart, it’s the scene where Beerus stomps Vegeta’s head into the ground to remind him of his father, but…we’ve got 20 minutes to cover 4 minutes of content. This episode was going to struggle from the get-go. 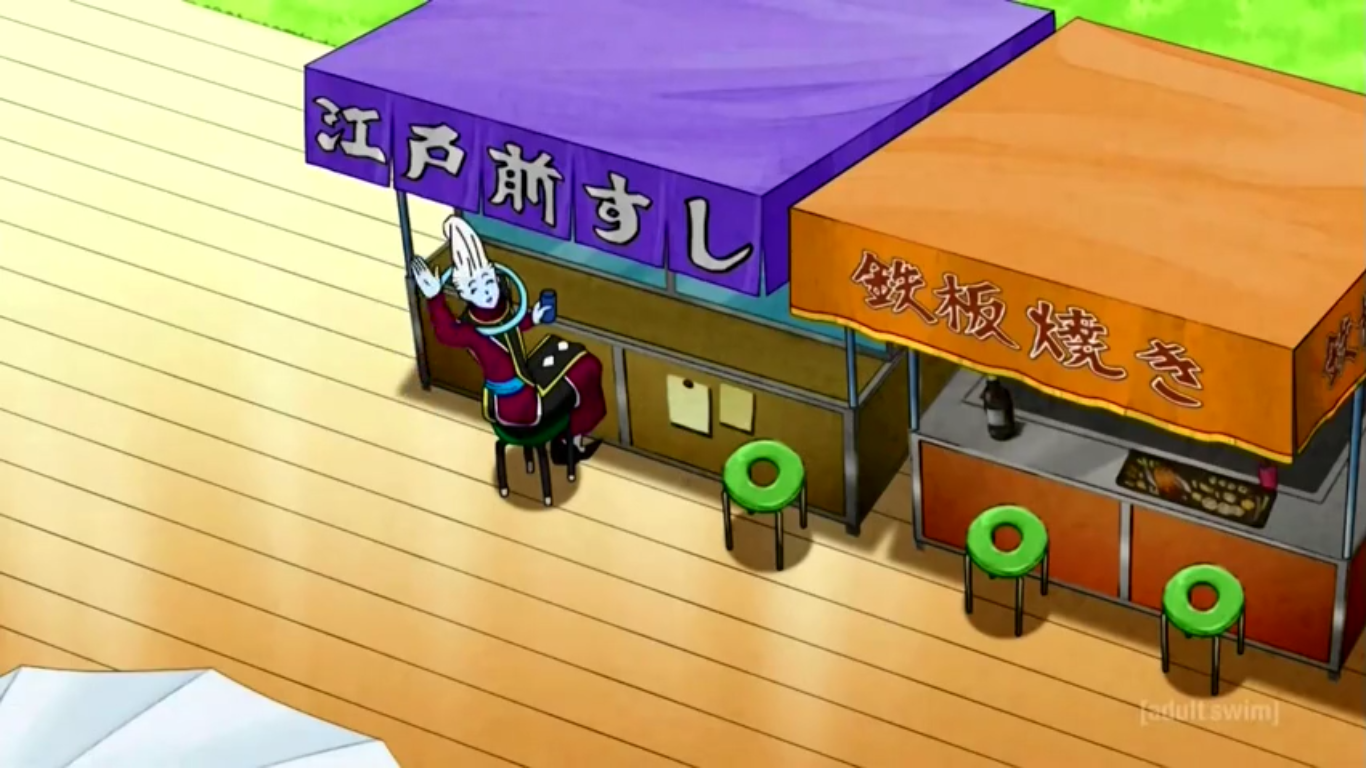 The episode’s not a total waste of time as we get some great back-and-forth between Whis and a Sushi chef, it’s nice to see that Dende is the first character to understand the breadth of Beerus’ status and there’s a nice character beat where Vegeta takes pride in the fact that it took a destroyer-god to best him in combat. But those moments feel like drops in the bucket of what is nothing but a filler episode.

Then the episode comes to a close as we get the “My Bulma” in the title that was promised to us. Bulma shows that not even a god can get away from her scorn and she slaps him across the face. The feature-length version downplayed Beerus’ retaliation but this version massively embellishes the moment which is fine, but it feels like when all Beerus does is knock her down as opposed to vaporising her or something then the build-up never pays off. Still, Vegeta yells “What did you do to my Bulma!” and starts to power-up, leading up to next week’s showdown.

The animation in this episode was fine, but mainly because the episode’s scope was severely limited. Shocked faces, Beerus dodging etc. As usual, voice-actors Jason Douglas and Ian Sinclair do great work but special mention must be given to Christopher Sabat as Vegeta. Not necessarily due to the quality of his performance but what must have been his endurance in the recording booth doing about 10-minutes of non-stop grunting and breathing. Like I said, it feels really excessive in this episode. 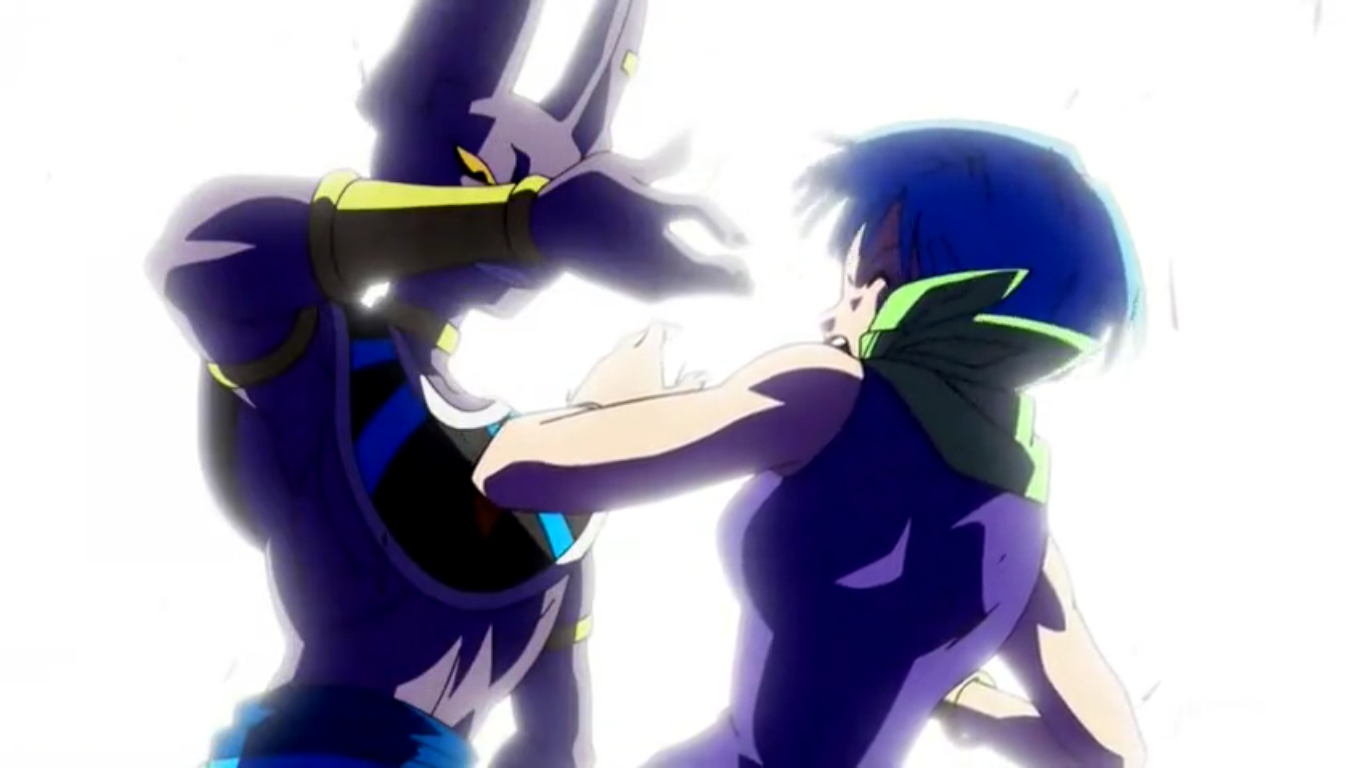 There’s some decent animation and character-beats to be found in this episode of Dragon Ball Super but they feel drowned out by the sheer amount of filler it contains. The episode title promises a fan-favourite moment but saving it for the closing moments and giving us a lame structure and a lack of creative fighting beforehand just feels inexcusably cheap. Next episode promises something special but this feels like an episode that you could have skipped and not lost anything. The “That’s My Bulma!” line still rocks though.