Doris Roberts, Emmy-winning Star of ‘Everybody Loves Raymond,’ Dies at 90 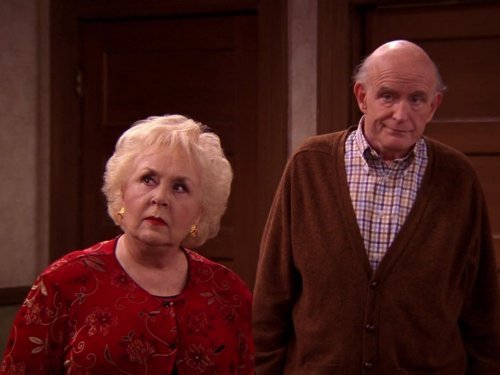 Doris Roberts, the beloved longtime actress best known for playing the matriarch of the Barone family in Everybody Loves Raymond, has died. She was 90 years old. Tributes from her co-stars are already coming in.

The news was first reported by TMZ. She died Sunday in Los Angeles, just weeks after TMZ filmed her on the way to a movie in Hollywood.

“Doris Roberts had an energy and a spirit that amazed me. She never stopped,” comedian and Raymond star Ray Romano told E! News. “Whether working professionally or with her many charities, or just nurturing and mentoring a green young comic trying to make it as an actor, she did everything with such a grand love for life and people and I will miss her dearly.”

Roberts’ character, Marie Barone, frequently clashed with Raymond’s wife, Debra, played by Patricia Heaton. In a Twitter post, Heaton called Roberts a “consummate professional” who taught her so much. “She was funny and tough and loved life, living it to the fullest,” Heaton wrote. “Nothing gave her greater joy than her three wonderful grandchildren, of whom she was so proud. It truly was a privilege, Doris. I love you and miss you.”

To my beloved Marie – RIP. pic.twitter.com/TtZCySQnLK

We loved our mom, the great #DorisRoberts. A wonderful, funny, indelible actress and friend. pic.twitter.com/539JOa8EWo

Roberts was born in November 1925 in St. Louis, and was raised in New York. Her incredible career began in the early 1950s. Outside of Raymond, she also starred in Angie, Maggie, Barney Miller, The Love Boat, Remington Steele and National Lampoon’s Christmas Vacation.

During her years on Raymond, she was a perennial Emmy nominee and won Outstanding Supporting Actress in a Comedy for playing Marie four times. In 1983, she won an Emmy for the drama St. Elsewhere.