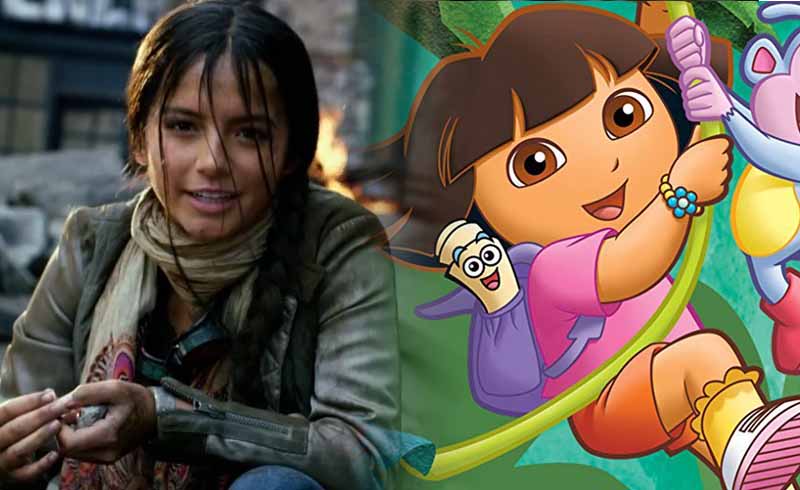 Michael Bay already has his hands on several child-friendly IPs like Transformers and Teenage Mutant Ninja Turtles.  Now it looks like 2019 will see the release of Platinum Dunes’ Dora the Explorer movie. The film is steadily moving forward, and Dora has already been cast.

According to THR, Platinum Dunes has just cast Transformers: The Last Knight’s Isabela Moner as the live-action version of Dora.

The actress was more than excited about becoming Hollywood’s Dora. Not only did Moner grow up watching the show, as a Latina, she looked up to the backpack-wearing explorer.

“I’m honored and excited to bring Dora to life. I grew up watching the show, and for me, especially as a Latina, Dora was an amazing role model — she is a strong, adventurous and fun-loving girl. I can’t wait to put on the backpack and begin her next adventure!”

James Bobin from the Muppets Most Wanted will be directing the project. Nick Stoller the screen writer of The Muppets and Forgetting Sarah Marshall will also be writing the film’s script.

I bet a lot of fans are already expecting this film to be a gritty reboot with Bay attached as its producer. However, seeing that the director and writer have worked on more kid-friendly projects, the film could actually be decent for kids.

Though teens might not want to watch the Dora the Explorer movie, some might be curious to check it out. The original Dora The Explorer came out in the 2000s. Teens who grew up with the show might want to see the film out of nostalgia.  If anything, this film could end up looking like a more PG version of Tomb Raider.