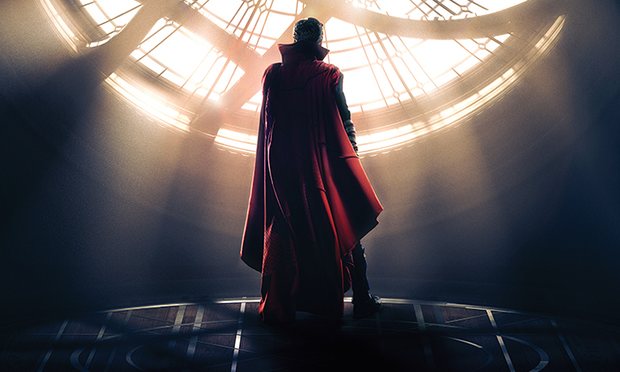 Ever since Benedict Cumberbatch and co were spotted filming Doctor Strange in New York earlier in the year, we have been wondering just who Mads Mikkelsen’s villain in the film will be. From the snaps of the actor in character, we could work out that he has something of a skin problem around the eye area, but that was all we knew.

… Until Marvel released a Doctor Strange prequel comic which allowed us our first look at Mikkelsen’s character, giving him a name to boot. It turns out he is called Kaecilius. Though he will be an antagonist in the movie, this first issue of a two part prequel story reveals he was once a Master of the Mystical Arts and worked with The Ancient One — who eventually trains Stephen Strange and will be played by Tilda Swinton on screen.

This is perhaps surprising as Kaecilius is a very minor character from the comics, only appearing in twelve issues as a mere minion of Baron Mordo, Strange’s usual arch-enemy. Still, he was created by Stan Lee and Steve Ditko in 1965, back in Doctor Strange’s beginnings, a period the film will obviously be inspired by as it tells Strange’s origins story. That said, we wouldn’t be surprised if Kaecilius turns out to be an alias used to cover a big reveal about the character later on in the film (think Christoph Waltz in Spectre or Cumberbatch’s own villain in Star Trek Into Darkness). Don’t hold us to that, though, we could be wrong.

Written by Will Corona Pilgrim and drawn by Jorge Fornes, the first part of the official Doctor Strange prequel is out now. You can buy it from Comixology here.

The movie it ties into will magic its way onto our screens on 4th November. It will star Cumberbatch, Mikkelsen, Swinton, as well as Rachel McAdams, Chiwetel Ejiofor and Benedict Wong.