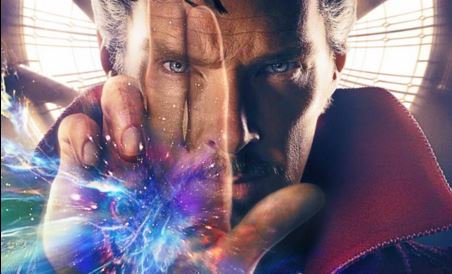 Good news, British Marvel fans! The UK was already going to see the studio’s latest movie before many other countries in the world but now the release date for Doctor Strange has been brought forward even more. Look, here’s the evidence:

This is a three day jump from the previously announced opening date of October 28th. Unless that is also about to change, this will mean the UK gets the film a whole 10 days before US fans, who can see it from November 4th. There is generally some divide between the US and UK release dates for Marvel movies but this is an unusually large one. For instance, Captain America: Civil War arrived in UK cinemas just seven days before the US.

You can read the movie’s official synopsis below:

Marvel’s Doctor Strange follows the story of the talented neurosurgeon Doctor Stephen Strange who, after a tragic car accident, must put ego aside and learn the secrets of a hidden world of mysticism and alternate dimensions. Based in New York City’s Greenwich Village, Doctor Strange must act as an intermediary between the real world and what lies beyond, utilizing a vast array of metaphysical abilities and artifacts to protect the Marvel cinematic universe.

Doctor Strange is the second and final MCU release of the year. It stars an incredibly talented cast with Benedict Cumberbatch as the titular hero, Mads Mikkelsen as the villain and Rachel McAdams in the female lead. Also in the supporting cast are Tilda Swinton, Chiwetel Ejiofor and Benedict Wong. The movie is directed by Scott Derrickson who co-wrote the script with C. Robert Cargill.