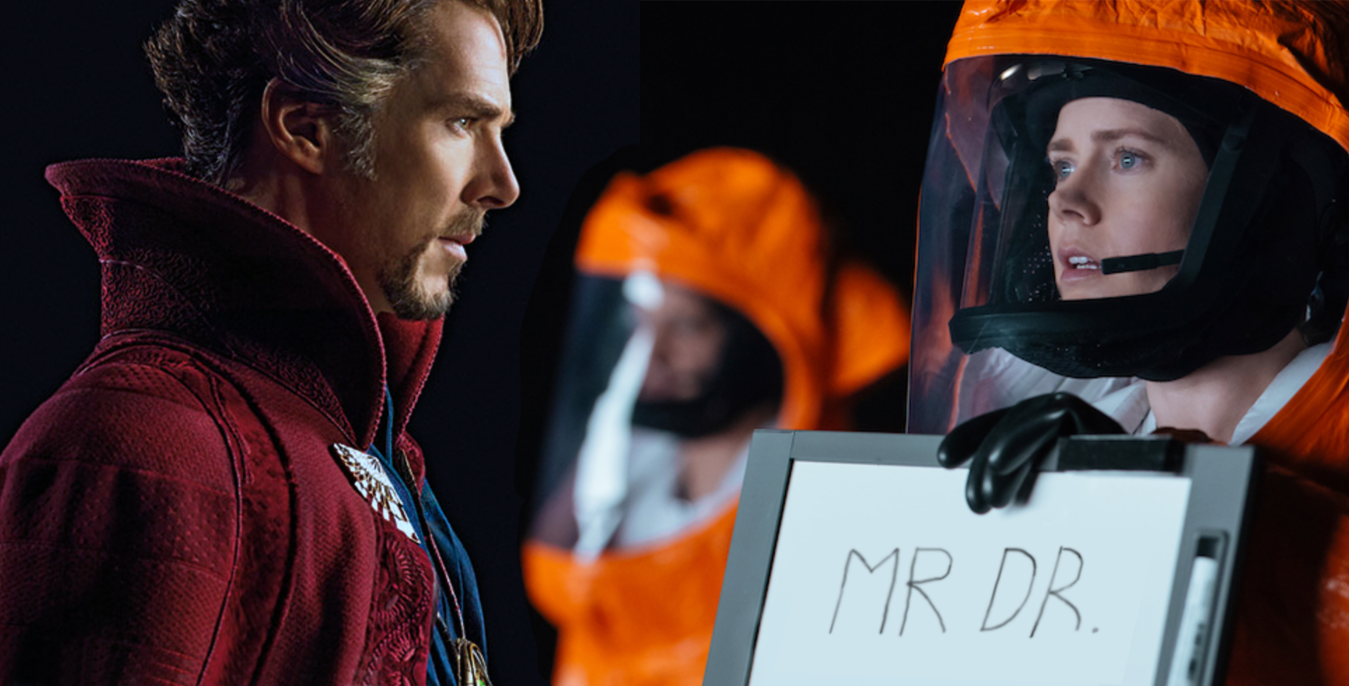 Three new wide releases open this weekend to American cinemas, and yet none will be powerful enough to knock Doctor Strange out of the top spot.  In fact, they may not even be strong enough to oust Trolls from the runner-up spot.

With Veteran’s Day landing on a Friday, expect ticket sales to see a slight boost, giving Marvel’s magical hero a better hold than many of his previous counterpart properties.  Doctor Strange should slide by 50% to around $42 million which would boost the total cumulative to an impressive ~$150 million by Sunday night.

Trolls should also hold well.  Losing a around 33% of its audience this weekend, the family hit should score another $30m.  After ten days at play, the film might sit at a very healthy $88m.

The top opener this weekend will be Denis Villeneuve’s (Sicario) Arrival, an alien invasion drama starring Amy Adams and Jeremy Renner.  The thriller has been receiving stellar reviews, and has already earned a very impressive $1.4 million from Thursday night shows.  This kind of performance implies a $24m opening is likely, and possibly higher with positive word-of-mouth.  That would be a very fine start.

Also opening, Universal’s holiday ensemble film Almost Christmas targets an African-American audience that most recently made the holiday-themed Boo! A Madea Halloween a massive hit.  Almost Christmas stars Gabrielle Union, Danny Glover, and Monique among others and should play to a $15 million opening.

The final new wide release, Shut In, starring Naomi Watts lacks buzz.  The film did not screen for critics (which is usually a terrible sign), and with little marketing, Europacorp can expect another low-performer this weekend. Nine Lives and The Transporter Refueled were both duds for the studio earlier this year, and Shut In should be no different.  Expect an opening weekend of around $3 million.

Check back later this weekend for the studio estimates!