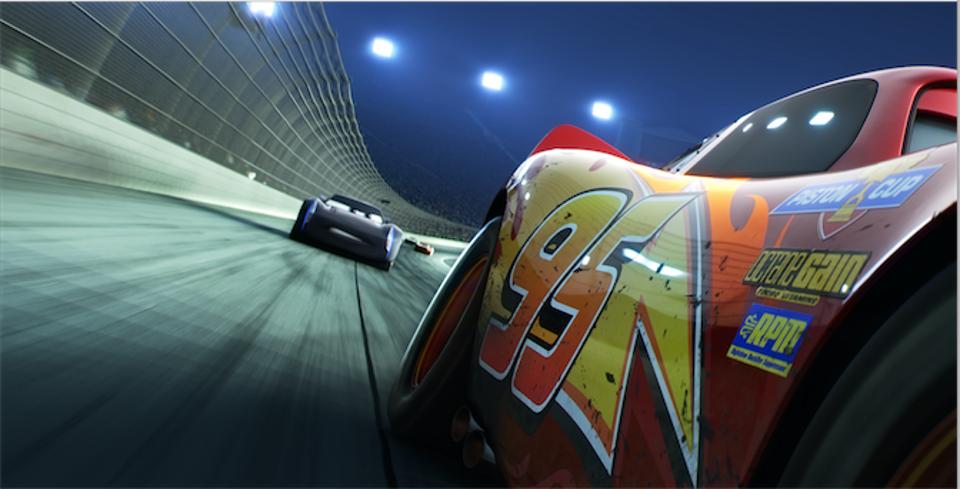 Just in time for Disney’s Moana, the company along with Pixar Animation Studios has dropped their first teaser for Cars 3. The Cars franchise has often been the black sheep of the Pixar library as the two films haven’t been nearly as well received as others. However, they remain a huge passion project for Pixar’s chief creative officer John Lasseter, so the franchise has had staying power (not to mention the film’s merchandising arm is hugely profitable).

When Cars 3 was announced, many movie-goers just shrugged and thought “Whatever, let’s just wait until Pixar’s Coco in late-2017.” But after this trailer, we have a feeling many nay-sayers might want to change their tune.

A near photo-realistic animation-style, the lack of music and the promise of a huge disaster awaiting franchise star Lightning McQueen… this is a completely different approach to the Cars franchise. The change in direction could be due to new director Brian Fee, who has worked with Pixar’s storyboard team since Cars, and is making his directorial debut here.

“Blindsided by a new generation of blazing-fast racers and physical and psychological injuries from a racing tournament, the legendary Lightning McQueen is suddenly pushed out of the sport he loves. To get back in the game, he will need the help of an eager young race technician, Cruz Ramirez, with her own plan to win, plus inspiration from the late Fabulous Hudson Hornet and a few unexpected turns. Proving that #95 isn’t through yet will test the heart of a champion on Piston Cup Racing’s biggest stage!”

Confirmed to return are Owen Wilson as Lightning McQueen, Larry the Cable Guy as Mater, Bonnie Hunt as Sally Carrera and Cheech Marin as Ramone with Randy Newman returning to do the score after working on Cars (with Cars 2 scoring duties going to Michael Giacchino).