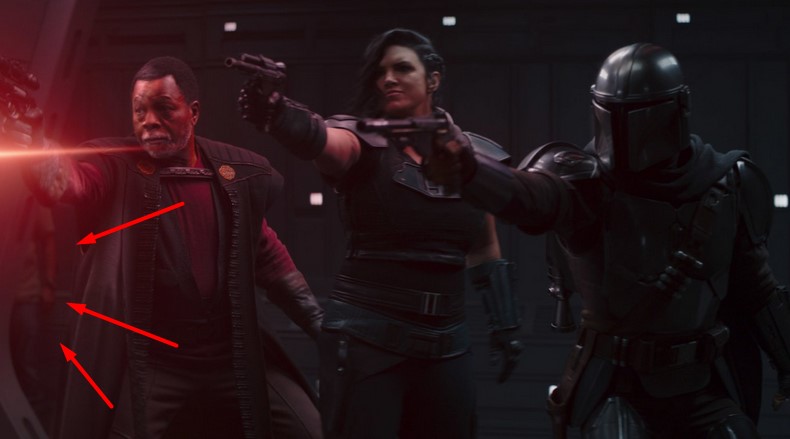 In last week’s episode of The Mandalorian, a lot of people had noticed a goof in Chapter 12 with a member of the crew accidentally showing up in the background. A lot of memes had come out for ‘Jeans Guy’, and though the fanbase thought this was hilarious, Disney has decided to remedy the problem with some CG magic.

As it turns out, if you watch The Siege on Disney+ now, you’ll notice that ‘Jeans Guy’ can no longer be found. Here’s a comparison from @TheSWU:

As expected, a lot of fans weren’t too happy with the fix. With the fanbase poring over every single thing from the past films, even bloopers like a stormtrooper hitting his head on a door have become favourite moments. ‘Jeans Guy’ could have been that moment for The Mandalorian, but I guess Disney was thinking differently.

Aren't you a little TALL to be a Stormtrooper pic.twitter.com/OtlENW1zKi

Now this is a collector's item! pic.twitter.com/suaDlgYRZa

In the meantime, fans have just watched the new episode which has seen the debut of Rosario Dawson’s Ahsoka Tano. While Dawson certainly looks the part, I thought they should have done some work on her ‘horns’ because it’s so obviously a headpiece; I’d think they could enhance it with CG or maybe used other material—then again, that’s just one person’s opinion.

After that Ahsoka debut, a lot of people are curious for what’s in store for Din Djarin and ‘Grogu’. Though Moff Gideon had been the big bad of the show, it’s possible that Grand Admiral Thrawn will be another adversary. I guess we’ll just have to wait and see.