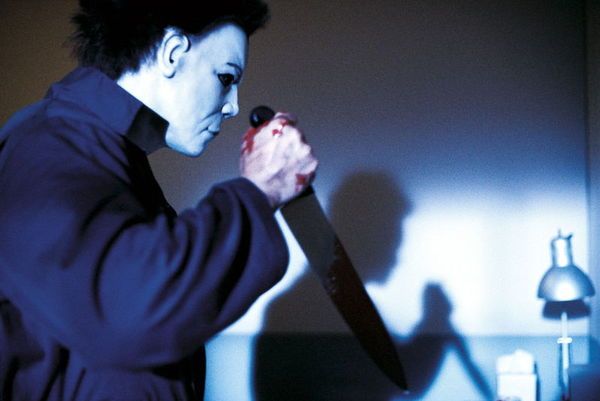 News broke earlier confirming the Halloween film is back on and moving full-steam ahead with Blumhouse. Additionally, that same news revealed franchise creator John Carpenter would be involved in the revival. Carpenter is set to executive produce and may also be acting as composer (yes!). There’s not much else known about the project, and details will likely remain scarce for a while. However, Bloody Disgusting is reporting they have the scoop on the director in talks to bring Michael Myers back to life, once again.

The horror outlet has heard from various sources that Blumhouse is looking to get Mike Flanagan on board to both write and direct. Great choice, right? Flanagan is the director who brought us the psychological slasher Hush, and is very familiar with Blumhouse as he worked with them to release his indie film Oculus. He also teamed with them and Platinum Dunes for his hand in directing Ouija 2.

Halloween has had more than its fair share of ups and downs over the last several years. After the Rob Zombie remake and its sequel H2, the franchise exchanged hands for the first time in twenty years. An exchange which meant The Weinstein Company and Dimension Films no longer had the rights or control of the series.

With Blumhouse, Miramax, and Trancas International Films now leading the charge, adding Mike Flanagan to the picture seems like another step in the right direction, if all goes well. For now, we wait for the the necessary deals to go through, and begin pondering the plot, who will don the mask, and what will come of the terror we are bound to behold. Tell us your thoughts and theories in the comments below.

The 11th installment in the Halloween series is slated to release in October of 2017.