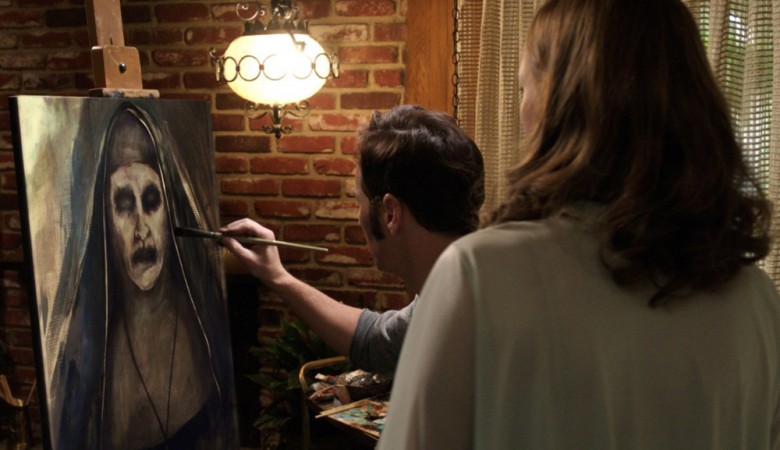 If there was one thing that stood out from last year’s The Conjuring 2, aside from its moving and family-oriented narrative, it was the scary Nun that gave Lorraine Warren hell. Another spinoff in the vein of Annabelle was a sure fire thing, but most assumed the Crooked Man would be creeping into theaters. Not to be undermined, the Nun is taking point on the next film from James Wan’s acclaimed franchise. Now her movie, simply entitled The Nun, has found a director.

The Nun, with a script written by Wan and Peter Safran, has tapped Corin Hardy to direct, reports Deadline. Hardy will be especially familiar to those who have been keeping a close eye on The Crow reboot. The film has Jason Momoa attached to play Eric Draven, but no studio on board to see it through its long-in-development struggles.

This latest spinoff in The Conjuring franchise is currently without concrete details regarding a plot. However, according to Bloody-Disgusting, Annabelle 2, the sequel to The Conjuring’s first spinoff, will center around a nun that’s in fear of her pupil’s being haunted by malevolent spirit. Might this nun be the same one that stalked Lorraine in The Conjuring 2, making her the star of the impending spinoff? Those details may be kept under wraps for a while.

Also expected to be kept under wraps is news on when The Conjuring 3 will eventually and inevitably emerge. With James Wan busy on Aquaman, it’s no wonder there are a couple of spinoffs in place to tide audiences over.

While the wait drags on, though, at least there’s Annabelle 2 to keep an eye out for this later this year. The sequel is being helmed by Lights Out director, David Sanberg, and is apparently not a direct continuation of its predecessor. What that entails exactly remains to be seen. It opens in theaters on August 11.