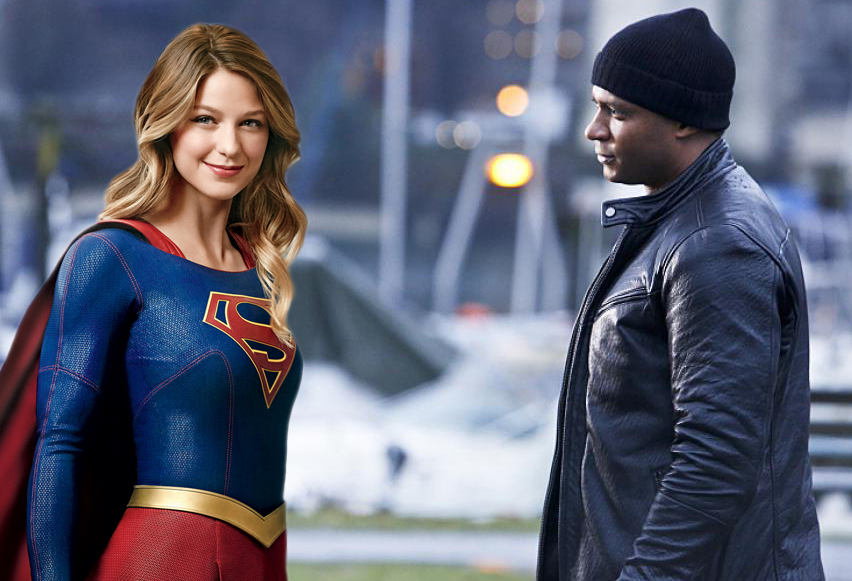 Arrowverse fans are anticipating the four-way crossover between Supergirl (on The CW this October) and Arrow, The Flash and Legends of Tomorrow. While it will feature one big bad who unifies the heroes, we don’t know much about the content. We have learnt, however, an Arrowverse crossover tradition will feature in it.

In a Q&A panel at this weekend’s Salt Lake City Comic-Con, Arrow‘s David Ramsey spoke about Diggle’s fan-favourite reactions to metahumans. For instance, when he first met the Flash he threw his fries in the air in surprise:

“It’s funny, too, because the first time when I meet Flash, Andrew Kreisberg — the executive producer of the show — was sitting in video village, where he kind of watches what’s going on in front of the screen, and he’s like, ‘Listen: When you see Flash, I want you to go big.’ And I was like, ‘Oh, okay.’ So I did it, and I threw like one fry in the air. And I went over and Andrew’s like, ‘No, like go crazy big, dude.’ So I threw like all the fries into the air and everyone [was] just howling, laughing.”

Ramsey then moved on to next season and revealed that we can look forward to Diggle’s shock at meeting Supergirl. Here’s what he had to say:

“So the thing is, the 8th episode [of season 5] is our 100th episode of Arrow, it’s coming up very, very soon. It’s a huge deal. So we’ve talked about this with the producers — it really is a big thing — Diggle has to have a reaction to Supergirl that rivals Flash. So I decided that maybe he could pee just a little bit.”

You can watch the whole panel in the video below. Talk turns to Diggle and Supergirl at about the 6:02 time stamp.