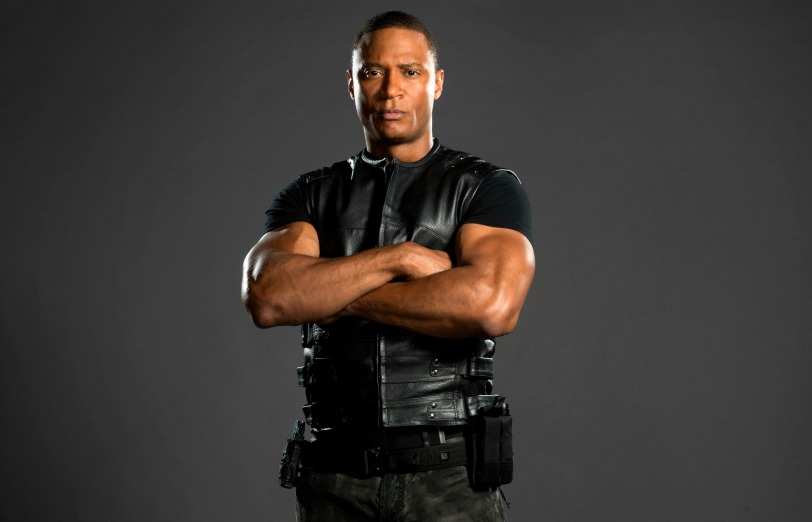 Oliver’s right hand and partner took off at the end of Season 4. How Diggle’s departure will impact the show remains to be seen, but we do know he’ll eventually return. But before Cisco gives him a new helmet, and we see his hilarious reaction to Supergirl, Dig will have to adjust to some things. His biggest hurdle to cross after his comeback will be taking in all of Team Arrow’s new recruits.

When he makes it back to Star City, Diggle may not be the man we fondly remember. Following the death of his brother Andy, at his hands, his emotional state saw a quick decline. His re-enlistment in the armed forces seemed like a knee-jerk reaction. The time he spends away from his wife, kid, and his team will weigh heavily on him:

“He’s stationed in Chechnya,” executive producer Wendy Mericle told TVLine. “He’s still in the military, and he’s very much a man without a state. He’s away from his family, and he’s away from the team, so he’s away from that family. He’s trying to figure out how he can get that sense of himself back after killing his brother.”

Thanks to the last words of Laurel and the prodding of Felicity, Green Arrow will bring in a fresh set of vigilantes. According to Mericle, Dig may not take too well to his apparent replacements.

“He’s not going to love all these little upstarts, trying to take over his role,” Mericle revealed. “But he’ll adjust. He’s going to find some common ground with Wild Dog, and that will help take the sting out of it.”

Laurel’s passing will be felt, as will Thea’s doubts regarding her role as a vigilante. With a threat like Prometheus looming, the team is going to need all the help they can muster. The wise man he is, Diggle will surely come to grips with it. It’s going to be fascinating to see how.

Arrow returns for its fifth season on October 5.