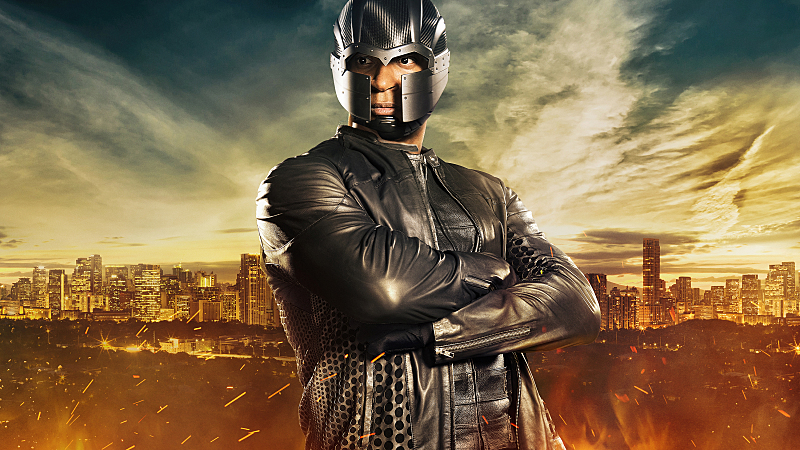 Alongside the quality of Arrow’s latest season coming under criticism from fans since it wrapped a few months back, another aspect of the show that displeased viewers was character John Diggle’s helmet.

Despite actor David Ramsey who plays the character defending the costume, he told IGN back in January his character will be getting a costume upgrade.

Ramsey reiterated this at last weekend’s Heroes and Villains Fan Fest (via CBR) when he told audiences:

“Season 5, you will see a Cisco-created new mask for Diggle.”

Arrow fans rejoice! Come the next season of Arrow, thanks to The Flash’s Cisco, Diggle will no longer look like Magneto from X-Men. This news also points toward the character making a return to Star City after the closing events of Season 4. It is unknown at this time what the new helmet will look like, but we could see something at San-Diego Comic Con later this month, as WBTV is bringing Arrow as well as a bunch of other shows to the convention.

Given the show’s recent hiccup and the confusion surrounding if The Flash’s Flashpoint will impact Arrow’s next season, it is likely the creators will want to reignite positivity surrounding the show. One way of doing that would be revealing Diggle’s new helmet. Fingers crossed.