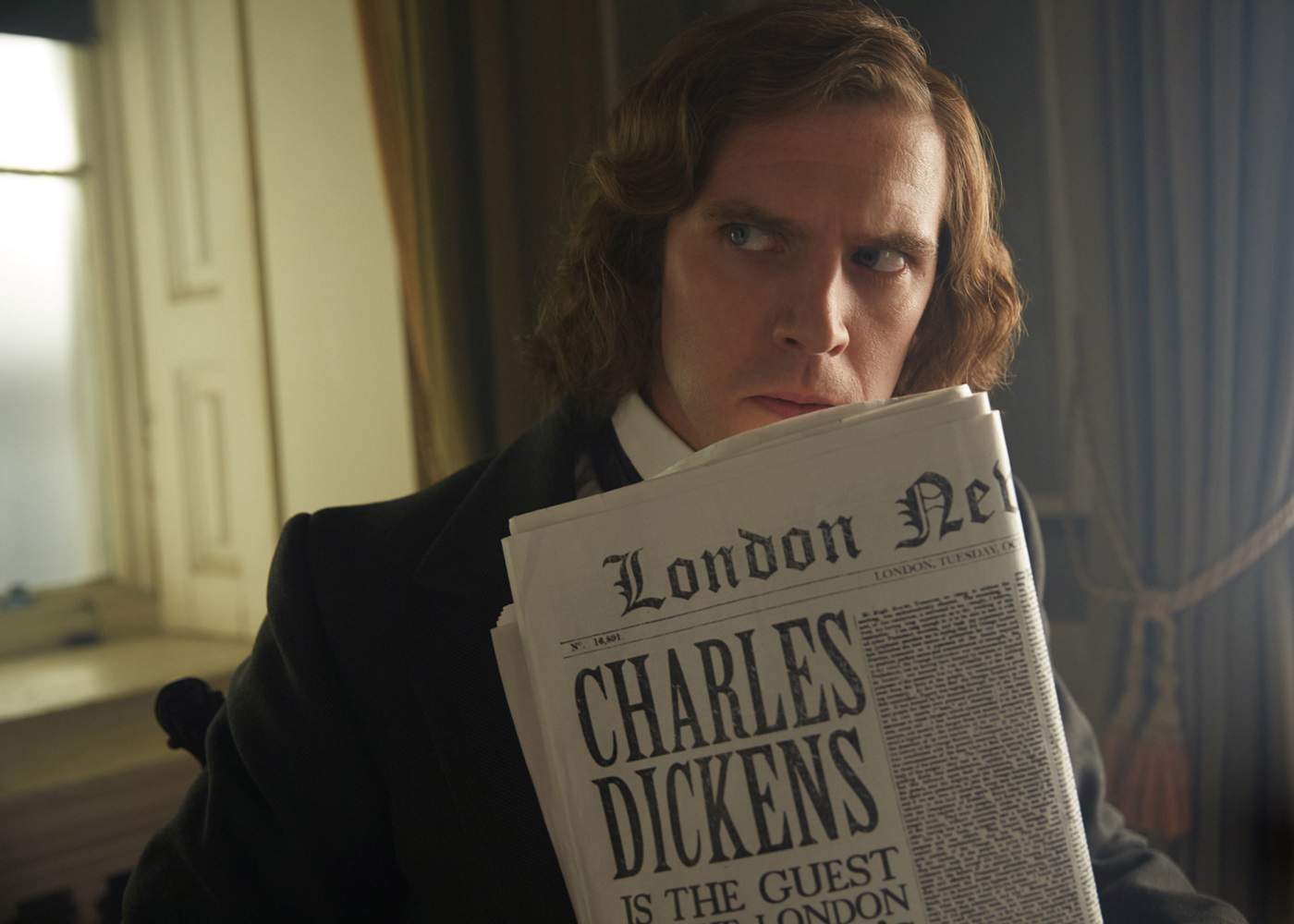 Nothing says “Christmas” quite like Charles Dickens’ classic novel A Christmas Carol. Scrooge’s journey of redemption, Tiny Tim, three spirits, “God bless us, every one,” it’s been told, retold, and adapted countless times. And now The Man Who Invented Christmas presents a whimsical take on the creation of the novel.

Dan Stevens, recently of Legion and Beauty and the Beast, plays Dickens, desperate for a new hit novel but bereft of ideas. Between overhearing a Christmas ghost story and getting a “Humbug” inspiration with a rich man unimpressed with the lower-class protagonists of Dickens’ other works, he is suddenly struck with a plan for a new supernatural Christmas story.

But with only six weeks to write it and get it to the printer, he needs to hurry. Fortunately, just through picturing his characters, he’s able to conjure them into the room to speed his work.

Check out the first trailer below:

We see Stevens giving a high-energy, spirited performance as the legendary author, fighting writers’ block, a stalled career, and finally a seemingly impossible deadline to get a Christmas novel into stores in time for the holiday.

Academy Award-winner Christopher Plummer plays A Christmas Carol’s infamous miser, Ebeneezer Scrooge, who breezes into being the second Charles settles on his iconic name. From the trailer, Scrooge seems to serve as both inspiration and foil to his creator.

“The characters won’t do what I want,” he complains at one point, suggesting that having his characters turn up in his room doesn’t always propel the story the way he’d like.

Jonathan Pryce co-stars, and geek viewers might be amused by a connection to Dickens past… the film also features Simon Callow, who played Charles Dickens in the Doctor Who episode The Unquiet Dead, featuring the author helping The Doctor battle ghosts at Christmas.